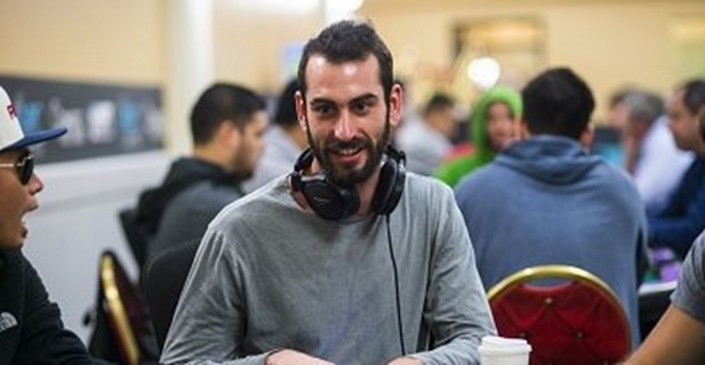 Since winning his WSOP bracelet and the $197,743 which went with it, Spinella has added over $2m in live tourney winnings to his resume, including his biggest ever win of $786,610 for placing second at last year’s $7,500 WPT Shooting Star Main Event in San Jose.

However, despite the $2.9m in live tourney winnings, it is online where Spinella has made his biggest poker gains with winnings under his “holdplz” moniker which he used for Full Tilt and still uses for PokerStars now over$4.8m. His online prowess has now provided him with yet more WSOP success, as last week he won the first ever WSOPC ring online in a tournament which was hosted at the same time as the live Circuit stop at the Rio in Las Vegas.

Just as Spinella had to overcome some top talent for his bracelet win, he didn’t have an eary route to his gold ring victory either. Among those to make the final two tables were WPT & WSOP winner Mike “goleafsgoeh” Leah and 9-time WSOPC winner Alex Masek, with 2 time WSOP braclet winner Scott Clements and another 9-time WSOPC winner Joshua Reichard both making the final table alongside Spinella.

It was Spinella, though, who plays at WSOP.com as “casedimised” who was the last man standing after defeating Jessica Dawley heads-up in the $365 event which attracted 420 entries to create a total prizepool of $137,760.