The purchase price and other details about the deal were not disclosed, but sources said that Cirsa, which is Spain’s largest gambling company, has been valued at around €1.6 billion.

The announcement about the deal comes amid a consolidation wave that has struck the gambling industry not just across Europe but also in the rest of the world. It was just last weekend when Canada’s The Stars Group announced that it would buy UK’s Sky Betting Gaming in a $4.7-billion deal that would create the world’s largest listed gambling company. Online gambling provider Playtech has also recently confirmed that it would purchase a 70.6% stake in Italian operator Snaitech for the total amount of €846 million.

Cirsa was founded in 1978 by the family of Spanish businessman Manuel Lao Hernández, who is known to be among Spain’s richest people. Over the years, the company has expanded across its homeland and has extended its footprint to other jurisdictions, including Italy and multiple Latin American countries.

Bids for the Spanish gambling giant began lining in February. Blackstone, Apollo Global Management, and Cerberus Capital Management were among the US buyout firms that were interested in buying the company. According to previous media reports, there were also fellow gambling companies to have expressed interest in purchasing Cirsa’s operations. The Spanish gambling company expected to fetch around €2 billion from a potential deal.

However, Reuters reported earlier this month that there were just two bidders left in the sale of Cirsa, those two being private equity firms Blackstone and Apollo. According to sources familiar with sale talks, the Spanish gambling operator was disappointed by the fact that there were few bidders for its operations.

The sale could have not even taken place due to the lack of interest from more investors, sources told Reuters. Both Cirsa and the two bidders declined to comment at the time.

News emerged last year that the Spanish gambling giant was also exploring possible listing. It was understood to have hired investment banker Lazard to advise it about its best option from an outright sale to a sale of a minority stake or flotation.

According to sources familiar with the deal, Cirsa’s new owners will look to expand the company’s geographical presence by merging it with other businesses operating in the same sectors it does. 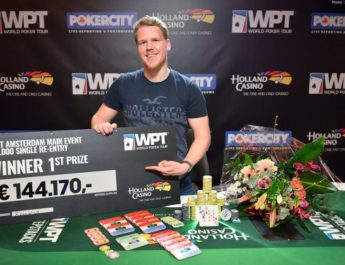