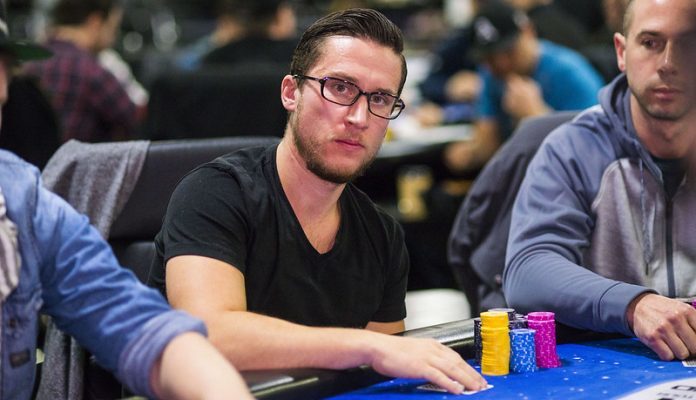 The final table of the $1,500 WSOP Millionaire Maker of the 2020 World Series of Poker Online looked to be Daniel Dvoress’s to lose when it started. He began with over 92 million chips, 31 big blinds at the time, while his closest competitor, Alejandro Caridad, had 64 million. Dvoress slowly extended his lead throughout the final table, going start to finish with the lead to lock up a score of over $1.5 million, along with his first WSOP bracelet.

After a few short stack double ups, Aneris Adomkevicius was the first player eliminated from the final table. He shoved all in for 15,152,228 from early position, and he was called by Alejandro Caridad in the big blind. Adomkevicius’s AsKd was flipping against the pocket nines of Caridad. After a ten-high flop, a third nine on the turn sealed the hand. Adomkevicius took home $107,671 for his ninth place showing.

Not long after that, it was Tomasz Cybulski who bowed out in eighth. He had most of his stack already in from the big blind, and called off his final 2,704,909 after Michael Nugent raised to 8,000,000. Cybulski called it off with Ad6s but was well behind the 7s7d of Nugent. The board came down 8c5d5h9dJc, and the sevens held strong. Cybulski took home just under $150,000 for his efforts.

It took just a few more minutes before Ronny Kaiser shoved all in for 6,259,994 with 7h7d. Anatoly Filatov moved all in over the top on the button with AsJs, and he shot out to the lead after a flop of QdJh9c. No two outer for Kaiser on the turn or river, and he had to settle for $207,644.

Then, it was time for massive chip leader Daniel Dvoress to get in on the knockouts, when he busted Neville Endo Costa in sixth place. Endo Costa raised to 8,000,000 from early position, leaving less than a big blind behind. Daniel Dvoress forced those chips into the middle with a raise, and the cards were flipped. Endo Costa’s Ad8h was ahead of the Js6d of Dvoress, but Dvoress hit a jack on the flop, and another on the turn to leave Endo Costa drawing dead.

There was a lengthy break between eliminations at this point, as Dvoress was handing out double-ups left and right. Dvoress briefly dipped below 100,000,000, before getting back to his bounty-winning ways with the massive elimination of Alejandro Caridad. Caridad open-shoved all in for 64,536,778 from the cutoff. Dvoress was the only player with more chips than Caridad, and he called it off with pocket eights. Caridad was racing with the QhJc, but received no help on the KcKd3h9h7c runout. Caridad still earned over $400,000 for his finish.

On the very next hand, Dvoress shoved all in from the small blind, and Michael Nugent called all in from the big blind for 26 million and change. Nugent had the lead with Ad2c to the 5c4d of Dvoress, but the latter flopped two pair, and hit a full house on the river, to eliminate Nugent in fourth. He took home $556,095 for his efforts.

Next to bow out was arguably one of the two biggest names at the final table, Anatoly Filatov. The Russian pro hung around long enough to get to third place, locking up a payday of over $772,000. On his final hand, Filatov got it in on the button with AsKh, and he was racing against the pocket fives of Dvoress. The board ran down Jd6s4h8dTh, and the fives held to get Dvoress heads up with Caio De Almeida.

Dvoress carried a massive chip lead into the battle, which lasted just two hands before the Canadian sealed the deal. In the penultimate hand, Dvoress and De Almeida went heads up to a flop of 9h7s2d. De Almeida checked, Dvoress bet 5,000,000, and De Almeida check-raised to 13,000,000. Dvoress moved and the Brazilian folded.

Next, De Almeida got his final 25,568,368 in with Kd8d, but Dvoress had him dominated with KhQs. The flop of 6c5d3c left Almeida drawing slim, and while the 7h turn gave him some straight outs, the river card was the 3h. 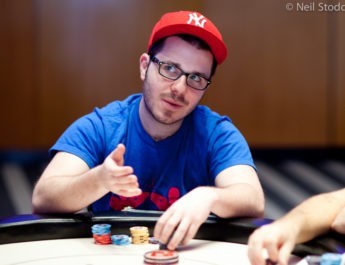 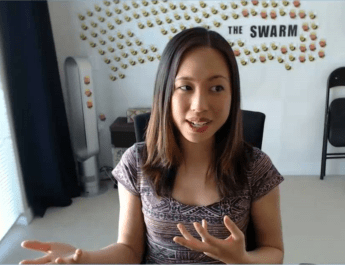