A high-stakes court battle involving two wealthy poker players heated up Wednesday after one of the men filed a counterclaim to the original lawsuit filed this summer.

Australian poker pro Matt Kirk claimed in the suit that Czech casino owner Leon Tsoukernik owes him $2 million from loans made during a poker session in late May at the Aria casino on the Las Vegas Strip. A judge said last month that the alleged gambling debt isn’t enforceable, but that Kirk can still pursue the case under claims of “fraudulent inducement and unjust enrichment.”

Tsoukernik is the owner of the King’s Casino in Rozvadov, which is home to the ongoing World Series of Poker Europe tournament series. It’s one of the largest poker rooms in Europe.

In the court documents obtained by Card Player, Tsoukernik denied the allegations and said he was taken advantage of by Kirk and the casino they played at.

Tsoukernik said that alcohol was provided to him and that it was “sufficient to visibly intoxicate and impair” him and “induce him to play for large sums.”

He claimed he was so drunk and tired that he needed Kirk and the dealer in Ivey’s Room to help him count his chips. Tsoukernik says he also “misread” his cards during the match.

His legal team said that he was suffering from “extreme fatigue” during the game that was running past 5 a.m. Tsoukernik claimed that Kirk was aware of his condition but still continued to play him.

“Tsoukernik acted under duress and, due to outside forces, was left without any ability to avoid any damages alleged” by Kirk, the court document said.

Tsoukernik has also filed a lawsuit against Aria, alleging that the casino not only over-served him alcohol but “prevented” other gamblers from removing a visibly-intoxicated Tsoukernik from the poker room. He said he was invited to the casino to gamble.

In another component to his defense, Tsoukernik said that Kirk relied on backers to play their heads-up match, and that he was unaware of the source of Kirk’s bankroll.

According to Tsoukernik’s legal team, Kirk agreed to resolve the entire matter after Tsoukernik paid him $1 million on June 3, but that Kirk later changed his mind because he wanted “to destroy” Tsoukernik’s reputation as a gambler. Tsoukernik has claimed defamation.

Tsoukernik “has been harmed and has suffered, among other things, damages, pain and suffering, humiliation, and emotional distress, in excess of $10 million,” the counterclaim said. He is seeking punitive damages. Furthermore, Tsoukernik alleged that poker players are “refusing to patronize events and activities” he has hosted, including the WSOP Europe. 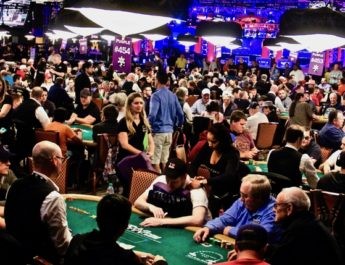 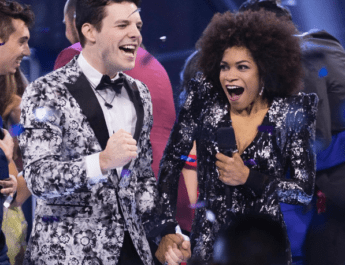