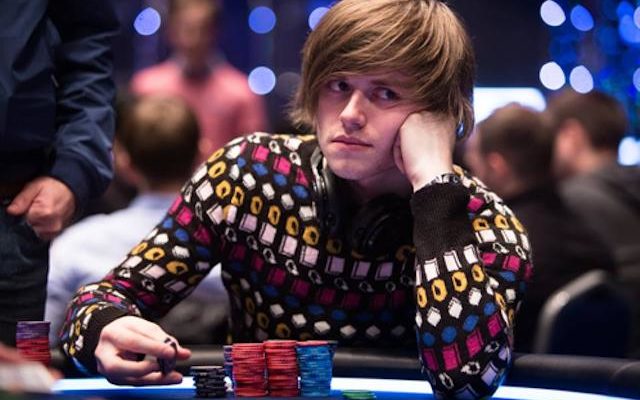 An interesting new podcast featuring Charlie Carrel being interviewed by Betcoin pro Scot Lenter has recently been broadcast, in which the English high roller spills the beans on his poker career, players he admires, players he dislikes, his love of live reads, and his opinion that people should show more compassion and be nice to the recently crowned WSOP Player of the Year, Chris Ferguson.

Carrel, who recently turned 24 has enjoyed a faily swift and meteoric rise up the poker ladder, winning over $6m in live tournies in the last three years, starts the podcast by telling Lenter that he was pleased with his recent showing at the €111,111 One Drop event at the WSOP which he final tabled for over €295k, saying that although his poker skills were quite rusty after a few months out of the game, that his live reads were on point. He also revealed that he finds the German high rollers have huge live tells and that unlike most people, he enjoys being seated alongside them at the tables.

Carrel then goes on to speak (briefly) about how he has been playing in a bunch of private cash games lately which have obviously been fruitful as Carrel notes that the standard of play in the games is considerably lower than in the high roller tournaments in which he has been so successful. The one downside, however, is that as a result of playing inferior competition his game is not as sharp as it was when he was playing more on the high roller circuit.

Although he says it’s not particlularly +EV for him to play so much online these days, Carrel says he misses playing online, especially the ability to shout and scream at the computer, something he says he can’t do playing live (has he never seen Phil Hellmuth play?). He also recounts the one time he streamed on twitch and a viewer stole $1,000 out of his PokerStars account. Apparently a friend had to briefly use teamviewer to control his computer while helping him with the correct settings for streaming and while doing so the login/ID for his teamviewer appeared on screen, which the viewer then used while Charlie was on a break to access his account and help himself to $1,000. Carrel said he would have never known unless several people hadn’t pointed out to him in the chat that somebody had just accessed his account.

When asked about his heroes in poker Carrel points to Daniel Negreanu as someone who he has admired in the way he handles himself on and off the table, he also has a soft spot for Tony G “for the trolls”, and he was (like pretty much everyone else who grew up watching High Stakes Poker) a Tom Dwan fan. When asked about any players he didn’t like he said, “I went through a stage of really disliking, but at the same time really liking, Doug Polk” but that he’s a little less on the dislike now because “he [Polk] has been a bit less of a c**t” he also reveals that he has a bit of a problem with Steve O’Dwyer after O’Dwyer needled him for days during an event during a time at which he was experiencing some personal problems.

Carrel has a big thing about kindness and compassion, and it seems these are the areas which affect him the most in life. To this end he says he wishes everyone would leave Chris Ferguson alone and just be nice to him. Carrel says that he has heard from multiple sources that Ferguson is almost certainly innocent in the Full Tilt player funds fiasco, and that unless it can be proven that he isn’t then there is no justification for some many people being so cruel to him.

Away from poker Carrel openly talks about his drug use and his formerly polyamorous existence (enjoying multiple lovers/girlfriends at one time), and that he is now happy in a monogamous relationship with the “love of my life” (his girlfriend Hannah). Interestingly he talks about his girlfriend’s D.I.D (dissociative identity disorder, also known as multiple personality disorder), and that at any one time she can adopt any one of seven personalities. 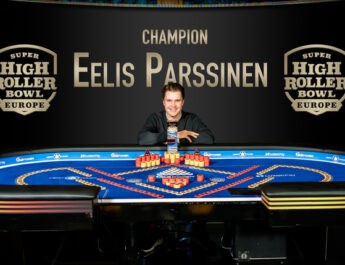