22-year-old Christopher Frank is the latest champion to be decided at the 2017 World Series of Poker. The German-born poker pro outlasted a field of 1,698 entries in a $1,500 no-limit hold’em event to capture his first WSOP gold bracelet and the top prize of $384,833.

“I don’t think it really has sunk in yet,” Frank told WSOP reporters after wrapping up the title. “But it’s a very good feeling. I’ve been playing the live circuit for pretty long, and I’ve always dreamed of winning something big. And now I’ve done it.”

This was the largest payday of Frank’s career and it brought his career live tournament earnings to just less than $1.1 million.

Frank came into the final day of this event in third chip position with 22 players remaining. The final table itself only took four hours to complete, with a steady flow of eliminations taking place at the hands of Ryan Leng. Leng kocked out the first four players at the final table, including four-time bracelet winner Max Pescatori (8th – $39,060). Frank did his best to keep pace by sending Grant Denison to the rail in fifth place ($91,699) and Pratyush Buddiga in fourth place ($124,615). He completed his run of knockouts by eliminating Arkadiy Tsinis in third place ($171,208) to set up a heads-up battle with Leng.

Frank begin with just over 9 million in chips to Leng’s 3.6 million. Frank was able to keep the pressure on and surpass the 11 million chip mark before the final hand arose. With blinds of 30,000-60,000 with an ante of 10,000 Leng raised to 175,000 from the button and Frank moved all in for Leng’s effective stack of 1,600,000. Leng made the call with the ADiamond Suit7Diamond Suit and was ahead of Frank’s 5Diamond Suit4Diamond Suit, or at least he was until the board ran out QHeart Suit6Diamond Suit4Spade SuitQDiamond SuitQClub Suit to give Frank queens full of fours. Just like that the young German locked up the title while Leng was sent to the rail in second place with $237,776.

In addition to the bracelet and the money Frank also earned 1,080 Card Player Player of the Year points for the win. This was his second final table finish of the year and as a result of this score he now sits in 64th place in the POY standings, which are presented this year by Commerce Hotel & Casino. 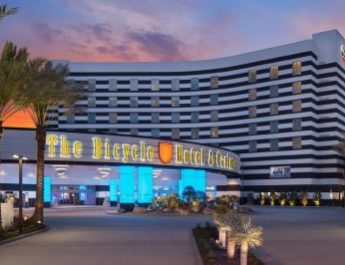 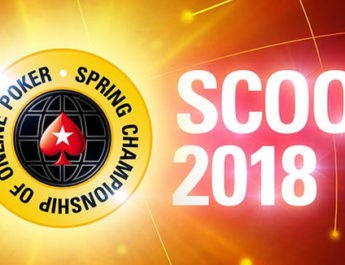