Infamous British poker pro William Kassouf continued to live up to his reputation in a cash game late last week outside of Los Angeles.

Kassouf, a notoriously slow player as seen on last year’s World Series of Poker main event broadcasts, took his time in this hand in a $5-$5 no-limit hold’em game at the Bicycle Casino. The hand was part of the card room’s “Live At The Bike” live stream.

In the hand Kassouf runs like God by flopping quads against his opponent’s top boat, and he takes his time in tormenting his opponent who obviously thought he had the hand won. The pot was worth about $1,500. On the river, Kassouf’s opponent put him all in.

To his defense, he did let the table know he had quads right away, but how could anyone believe him? The table erupted after his cards were finally revealed.

The hand continues a polarizing career for Kassouf. Deep in the main event he was called a “clown” by longtime poker pro Cliff Josephy for his table antics and slow speed of play. Another opponent deep in the tournament called him “abusive.” Some poker players were happy to see him coolered to bust in 17th place and miss the final table.

Despite the controversial table etiquette, Kassouf is no slouch when it comes to poker. He has $1.1 million in lifetime tournament earnings, including a win in the EPT Season XIII Prague high roller for more than $500,000. Some say he’s good for TV poker, others couldn’t disagree more. 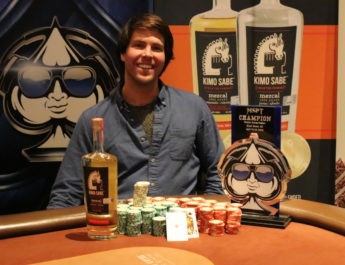