The Cosmopolitan of Las Vegas, Nevada is easily recognizable due to many factors including the beautiful Chandelier bar. The crystallized centerpiece of the bar is a focal point and the first feature that visitors see upon entering this area of the property. The bar just recently received a few upgrades due to ongoing changes the resort has had scheduled over the past few years. The face-lift for the bar included giving the multilevel lounge new furniture as well as coloring within the overall design scheme.

According to the Las Vegas Sun, the lounge of the Chandelier Bar was originally designed by Rockwell, which is a design firm known for creating sets for the Academy Awards. The lounge has three levels, with changes made to the street level completed last year. The first level of the lounge is now more open and includes new gaming options with bartop video poker.

The second level was changed to bring the lounge up to par with the second floor of the resort. The periphery has now been made to be a common area. Senior Vice President of Strategy and Business Development Patrick Nichols stated that the periphery of the second level lounge was an extension of the bar that was being underutilized. According to Nichols, there was not really space for patrons to sit and enjoy food, especially with the additions of the Juice Standard, Milk Bar and Eggslut.

Seating in the area has now been expanded to 70 from just 15. Charging stations, as well as USB ports, have been added, with the design team creating new visual elements to draw interest including an origami-style rabbit sculpture.

The second level was also updated to look similar to the first level with lounge-style seating, and lighter coloring. Currently, level 1.5 is under construction and will be completed by the end of this year. 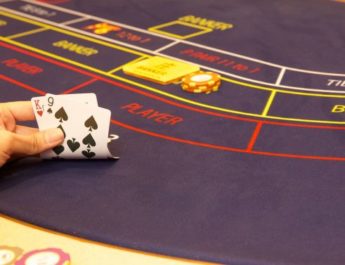