The United Kingdom has one of the oldest and largest regulated online casino industries in the world. Lately, reports out of the country say that government officials have been upping efforts to address the spectrum of problem gambling behavior, which impacts an estimated 2.3 million citizens.

While the British Gambling Commission believes problem gambling rates have increased in recent years, others suggest that they have remained stable. The debate will continue on.

According to a report this week from the Guardian, the Department for Digital, Culture, Media and Sport (DCMS) heard a recommendation from a public policy research group that online gamers should no longer be able to use credit cards to fund their accounts. Other measures reportedly on the table include reducing the stakes on fixed-odds betting terminals and imposing a new levy on gaming firms in order to fund additional addiction treatment.

The U.K. gambling market stands at around £13.7 billion ($18.2 billion USD), according to the U.K. Gambling Commission. The country has 146 brick-and-mortar casinos. There were 8,500 betting shops as of September. There are more than 180,000 gambling devices in the country.

Out of the £13.7 billion, £4.7 billion came from “remote gambling,” which includes online casino games. That segment of the gambling market is growing at around 10 percent annually. The number of unique online gamblers in the U.K. is estimated at more than two million.

In August, U.K. gambling regulators issued a record fine against an online casino operator for failures in its self-exclusion program. 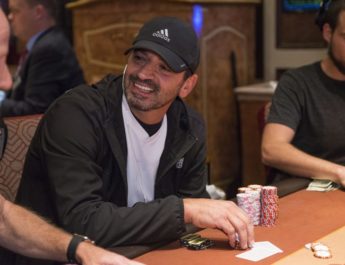