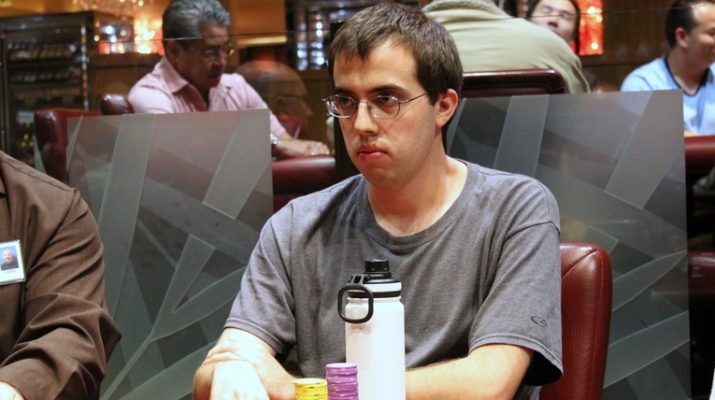 The third and final starting flight of the inaugural Card Player Poker Tour Isle Casino main event at Pompano Park drew a field of 157 players, which when combined with the 50 from day 1A and the 87 from day 1B ensures that the tournament has met its $250,000 guarantee.

However, the final prize pool figure remains a mystery, with registration remaining open throughout the night and up until the first cards are dealt on Sunday afternoon. Players have until 2 p.m. ET to register and get into the tournament with 30,000 in chips, or 10 big blinds.

Leading the way into day 2 is day 1C overall chip leader Matthew Smith (pictured above). Smith scored a big knockout early in the day when his pocket aces held against pocket kings to get him going. Then, Smith got a little lucky to crack pocket queens with a double-gutter straight draw that got there on the turn.

His final big pot of the night came when he was dealt pocket aces yet again, but this time scored two knockouts against opponents with pocket jacks and pocket sixes to soar up the leaderboard. He’ll take 418,000 into Sunday’s action, which is 95,000 more than his next nearest competitor, day 1B leader Brett Bader.

A double knockout with aces is also what propelled Oleg Gaidouk near the top of the counts. Gaidouk saw two shorter stacked opponents move in with pocket tens and pocket jacks in front of him, only to wake up with pocket aces in the blinds. His hand held, and he finished the night with 300,000, tied for second place in the flight with Kharlin Sued.

The 31 surviving players will now join with the 12 from day 1A and the 14 from day 1C, along with any more late registered players, to form the day 2 field.

Here is a look at the complete overnight chip counts from all three flights.

There is still one more event left on the schedule. On Sunday, Aug. 26, players can take part in a $360 buy-in no-limit hold’em tournament, with $100 bounties. 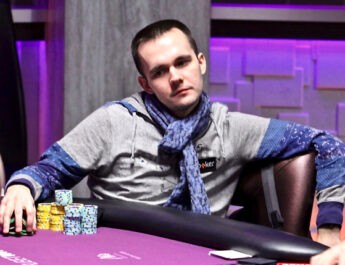 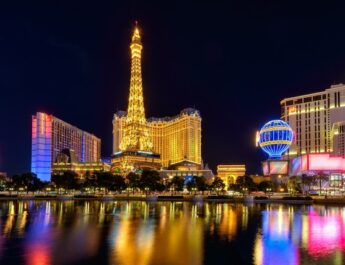