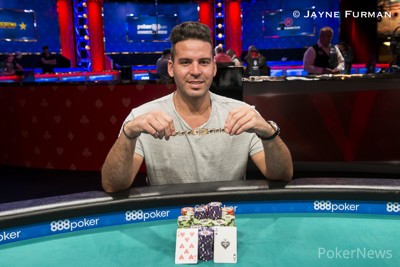 Gal Yifrach, a Los Angeles-based entrepreneur and recreational poker player, claimed last night his first WSOP gold bracelet for taking down Event #28: $3,000 No-Limit Hold’em 6-Handed of this year’s edition of the popular series. Aside from the gold piece, Yifrach also collected his largest-ever poker payout of $461,798 for topping the tournament’s 868-strong field.

His triumph in the WSOP came a little over a year after the player captured a gold piece from the WSOP Circuit. Back at The Bicycle, Yifrach entered a WSOP Circuit $3,250 High Roller to win it and collect his first gold ring from the series.

Speaking to WSOP staff last night, Yifrach said that he usually does not play much of a tournament poker and that tables where higher-stakes cash games are played are where he could be seen more often. He also pointed out that he does not play professionally. With a gold ring and now a gold bracelet, he has clearly been doing very well for a non-professional.

The player said he was quite comfortable with the $3,000 No-Limit Hold’em 6-Max’s structure as it allowed for a lot of hands to be played, something that is typical for cash games.

The tournament was scheduled as a three-day one, but it took eventually a fourth additional day for it to be sealed. On Day 3, Yifrach took the lead during four-handed play and was really hoping that he would be able to end the tournament on that day and as the winner.

He pointed out that he felt he played very well and had really nice hands coming his way, which further helped him lock the title. However, despite his own efforts to finish the job on Day 3, action had to be extended with three players left in contention.

Yifrach came into Day 4 as the chip leader and with massive advantage over his two remaining opponents – James Mackey and Gary Hasson. The three players battled it out for nearly 50 hands before a player got busted.

Hasson was that unfortunate one after clashing against the eventual winner. Action sped up quite a bit after Hasson’s elimination. The two-handed duel between Yifrach and Mackey kicked off with the former holding nearly two times more chips than his final opponent.

However, over the course of just seven hands, Mackey managed to even the stacks and put Yifrach into big danger. On the final hand of the tournament, the two players went all in, Mackey tabling pocket tens to Yifrach’s [As][8h]. A [8d][6h][2c][2s][8c] board secured Yifrach with a full house and the tournament title. A second gold bracelet thus eluded Mackey. The player took home a consolation prize of $285,377 for running deep into the event. 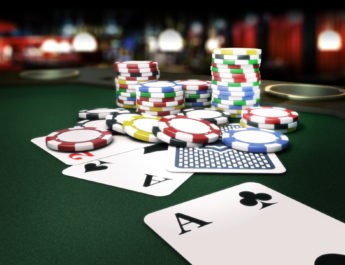