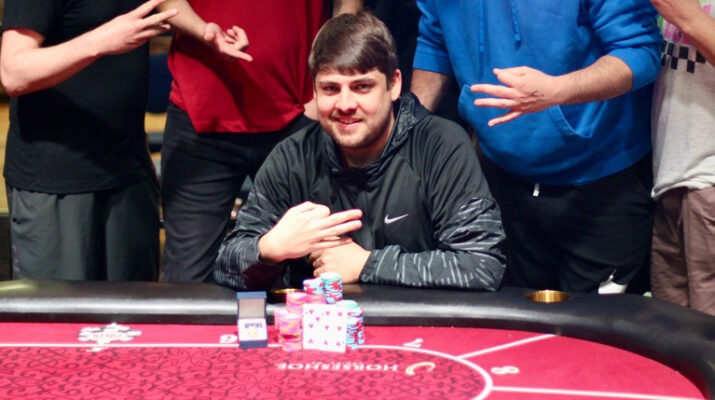 The 2022 World Series of Poker Circuit Horseshoe Tunica $1,700 buy-in no-limit hold’em main event attracted a field of 536 entries, but only one could walk away as the champion. That player was none other than Mississippi native Gavin Munroe, who emerged victorious in this event to secure a career-best payday of $158,424 along with his third WSOPC gold ring.

“It feels really good,” Munroe told WSOP reporters after coming out on top. “Credit to my friends, they helped out a lot.”

The final day began with Munroe well out in front and just five other contenders remaining.

“I had a lot of momentum last night and I kind of just wanted to play it out, but I’m happy with the way things turned out today,” said Munroe.

He had more than a third of the total chips in play to start the final day, and eliminated four of five opponents on his way to locking up the title. Carey Dukes was the lone player not knocked out by Munroe on day 3. He got all-in with A-Q suited facing the A-K of Scott Mauer. Dukes was unable to improve and was sent home in sixth place ($30,881).

Dongwuk Moon’s last hand saw him flop a flush with 9-8 of spades. he got all-in only to find that Monroe had flopped a higher lush with Q-J of spades. Moon had gutshot straight flush draw, but the 6Spade Suit failed to materialize and he was eliminated in fifth place ($40,445).

A classic race spelled the end of Mauer. He for all-in with A-K suited, but was unable to out flip Munroe’s pocket four. Mauer picked up a flush draw on the flop to go with his two overcards, but the turn and river were blanks and Mauer settled for $54,640 as the fourth-place finisher.

Elanit Hasas got the last of her stack in preflop with A-6 from the button, only for Munroe to wake up with pocket queens in the small blind. Hasas caught a six on the flop, but found no further help by the river. She earned $72,026 as the third-palce finisher.

With that, Munroe took 12,600,000 into heads-up play with Lance Goodman, who sat with 3,408,000. Goodman got all-in on the first hand with QClub Suit9Diamond Suit on a QDiamond Suit8Spade Suit5Club Suit flop. Monroe had shoved with 7Heart Suit6Heart Suit for an open-ended straight draw. The 8Diamond Suit kept Goodman in the lead, but the 4Heart Suit on the end completed Munroe’s straight to earn him the pot and the title. Goodman was awarded $97,905 as the runner-up finisher. 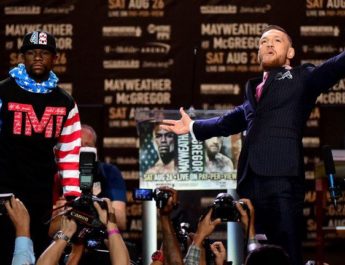