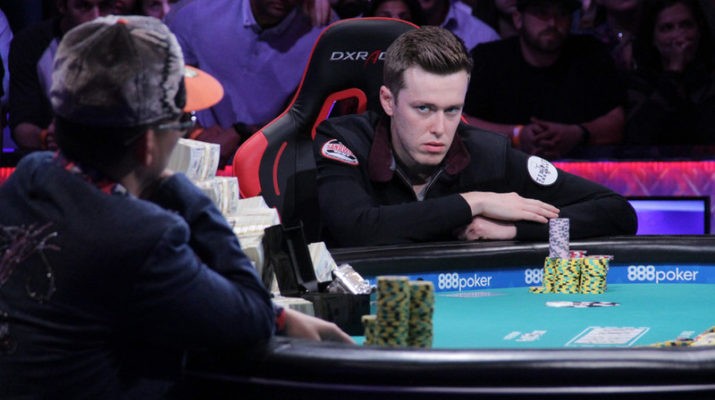 Ongoing civil litigation pitting the world’s largest poker site against a World Series of Poker main event runner-up could be tossed this fall.

According to a court filing last week, a hearing on PokerStars’ motion to dismiss poker pro Gordon Vayo’s complex and contentious lawsuit will be held Nov. 6. Federal Judge Frederick Mumm moved the date back from a previously scheduled hearing slated for Sept. 25.

Vayo filed his lawsuit back in May alleging that PokerStars fraudulently withheld about $692,000 worth of his winnings from a tournament win in May 2017. When he later tried to withdraw his money, the poker giant froze his account. PokerStars claimed that Vayo was unlawfully playing from his residence in California, while Vayo said he was in Ottawa, Canada, where he is a registered player. PokerStars requested that he prove he was physically present in Canada at the time of the event, but Vayo’s legal team has called the scope of the requested documentation a “sham investigation.” Vayo’s lawyer called it a “witch hunt,” according to court filings, claiming it was all a scheme to keep his winnings from leaving the platform.

According to court filings, PokerStars said that a “geolocation analysis” found that Vayo connected to the internet via a mobile device from Los Angeles, California more than 50 times between Mar. 24, 2017 and July 31, 2017. PokerStars said that Vayo “used a Canadian mobile internet provider to spoof a Canadian IP address.” Vayo has disputed PokerStars’ IT findings, but through his attorney said that he has used a virtual private network from Canada to access video streaming services that might have resulted in “unintended effects and potential inaccuracies in the technical data on which PokerStars is relying.”

PokerStars, which is not legally allowed to offer online poker to people within California, filed a motion in early July to dismiss the case. At present, PokerStars’ legal argument for dismissal is that California is not the appropriate venue because its online gaming license comes from the Isle of Man, according to court filings. The company argued that the Isle of Man is the “proper forum” for such litigation, as stated in its terms of service.

“Mr. Vayo’s entire complaint hinges on his assertion that the relevant acts took place in Canada,” PokerStars’ legal team wrote in its motion for dismissal. “Under these circumstances, and under established [U.S.] Supreme Court precedent, Mr. Vayo’s choice of forum should be given no weight and his complaint must be dismissed.”

PokerStars also said California as the venue would be too costly to litigate, while Vayo argued basically the same with regards to the Isle Man, according to court filings.

To date, Vayo’s legal team hasn’t provided the court with names of any other alleged victims of the alleged fraudulent conduct. Vayo personally wrote in a court filing that has “spoken to” other poker players who “have had similar experiences to mine.”

Valo declared in the Sept. 4 court filing that he wouldn’t be able to secure “competent counsel” on the Isle of Man. He also claimed that a court decision there would be biased because “the gaming industry appears to be a very large part of the local economy.”

“In the event that the matter is not resolved amicably, [Vayo] will also use the bully-pulpit that [he] has earned through his reputation and success in the poker community to call attention to PokerStars’ practices. [PokerStars] may or may not succeed in convincing a court to dismiss the suit or remove it to the Isle of Man. However, at a minimum, [Vayo] can be satisfied in shining a public light on PokerStars’ practice of harassing, haranguing and investigating its users only after they win a significant sum of money.”

PokerStars’ counsel replied to the threat of a “public relations attack” in an April 2018 letter. “[S]hould your client publish any false or defamatory remarks about PokerStars, it will not hesitate to seek relief against your client or other responsible parties,” the letter said.

The litigation comes at a time when PokerStars, which controls about 70 percent of the worldwide online poker market, is seeking approval to offer online betting in the state of Pennsylvania. The platform has been operating legally in New Jersey since 2016. 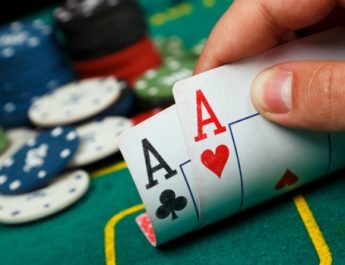 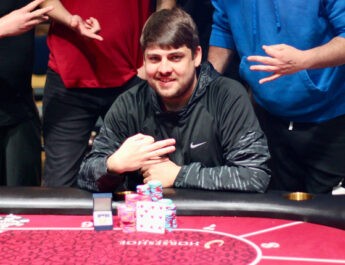