After a phenomenal 2017, Alex Foxen dominated at the tables again in 2018, capping his year with a runner-up finish in the $300,000 Super High Roller Bowl for $2.16 million while finishing third in Card Player’s Player of the Year race.

The result was no fluke, however. The New York-native’s big finish came after plenty of hard work. Foxen is serious about his game and a quick conversation reveals plenty of above-the-rim thinking.

In one of the most talked about stories of the summer, Foxen notched another win in June, taking down a $5,000 MSPT event at the Venetian for $239,000. Incredibly, he scored the victory heads-up against his girlfriend and fellow poker tournament crusher Kristen Bicknell.

Foxen earned more than $6.6 million during his 2018 campaign, making 18 final tables and winning five titles. He has already gotten his 2019 season off to a good start, banking $651,980 for a runner-up finish at the PokerStars Caribbean Adventure in the Bahamas. In total, the former Boston College tight end has $9.5 million in live tournament earnings.

When not at the tables, he invests in real estate and offers his services for Chip Leader Coaching. He’s also an investor in BlockDrop, a crypto legal tech firm and “quasar mining group.” At the poker table, Fox has mined plenty of major scores and spoke with Card Player about his massive year.

CP: Can you describe the Super High Roller Bowl experience and the preparation that goes into an event like that?

AF: There’s no specific preparation that goes into the event in itself, but the ability to play in it is a result of a lot of years of work. There’s no one who’s playing that tournament who hasn’t been a slave to the game in some form or another for years. It’s a lot of preparation over years, not so much something that’s a week before or anything like that.

It was a really cool experience. It’s a lot of the people that I’ve played with pretty regularly over the course of this year. I’m a bit new to the high roller scene, but still feel I’m very familiar with them as far as the player pool, or anything abnormal, or new, or anything like that. The production quality of everything was really high and the tournament was well run. It was a very nice location to be playing. It’s also cool to be in that spotlight for sure.

CP: Is there a certain moment that stood out in the tournament?

AF: There were a couple that were really big. I think that the biggest hand was against Sean Winter where we got it all in on the turn, when I had an open-ended straight draw and a flush draw, and he had a set. I got there on the river, and that was probably the most crucial one.

But there were a few big hands between that one and the hand against Nick Petrangelo [where] I coolered him really bad with kings versus tens. And then the hand where Justin Bonomo and I got a lot of chips in preflop with kings versus A-4 suited. Those three hands were probably the biggest of the tournament for me, and they were all a couple-hundred big blind pots, and I was on the right side of all them. That’s one of the better ways to have success in a tournament. [laughs]

CP: When you’re going into this kind of event and know the players ahead of time, are there a few you may study up on more specifically than others and how you played against them in the past?

AF: It depends on the type of player. With the advent and introduction of solvers, most regulars, especially in the high rollers, are playing fairly similarly to one another. So I won’t often do much research on any of the regs, but some of the players like maybe like a Rick Solomon, or to some extent Talal Shakerchi, someone who I’m not as familiar with and doesn’t play all these events. Talal I have a good amount of experience against, so he’s not someone I needed to really research but Rick I’d never played before this event.

I actually didn’t know he was playing until the day of the tournament. If I were going to day 2 with him knowing he was at my table, which actually did happen, it would make sense to go back and watch a bit of him maybe playing in the Big One For One Drop or some other events he’s played.

For the most part I like to focus on being fluid more than anything else. I try not to go into any day with too much of a strategy as far as frequencies or anything like that. I’m just going to try to take each hand spot by spot within the context of the entire tournament by recognizing each hand and trying to adjust to everyone’s actions hand-by-hand, as far as my range adjustments.

CP: It’s been a huge couple of years for you. Is there a performance that really stands out?

AF: That’s hard to say. I think something interesting about tournament poker is it’s really hard to hang your hat on any individual performance because so much is randomness in card distribution in not only the cards and flops you get, but the flops and hands your opponents get and how they interact with the board and how your hands interact with their hands.

There’s a lot of randomness that doesn’t get seen, and so you could have a tournament where it seems you’re absolutely crushing the field – where every hand you raise you win and every time you run a bluff it works. But a lot of times that’s just the result of your opponents happening to be toward the bottom of their range when you run these bluffs, or they happen to have bad calling hands. Or you see the flop and you have nothing, and they also have nothing. Little things like that over the course of the tournament are very predictive of how your end result will be in a tournament. I think trying to focus on any one specific event is hard to put too much weight on.

I’m definitely proud of the Super High Roller Bowl. Every player in that field is tough from start to finish. That one feels good to go deep in. The $50,000 [event] in Macau that I that I managed to win was a really tough final table. The whole field was pretty tough. That one felt good, and was one of my first few times playing high rollers. Definitely those two stick out a bit.

For the most part, I feel the most proud of having consistency and managing to keep performing in those tournaments. To consistently win is definitely a lot different and a lot harder. I’d say rather than any one spot I’m proud of, I’m definitely just more proud of my consistent results at the high rollers and in the main events at some of the smaller buy-ins.

CP: What do you think makes you such a tough opponent?

AF: I think the number one thing is I’m just very reluctant to give up on a pot. It’s [both] a detriment to me, and it’s a big strength as well. But I think it’s definitely something that makes it not fun to play against me. And that’s something I see in my opponents. When you have someone who every time you make a bet, he’s looking for any possible excuse to raise, or call, or find a way to win the pot. They’re just always thinking about what’s the best way to play the hand, rather than some people who have decided what their strategy is, or are not as persistent on trying to win every hand they play in. That can have some positives and some negatives, but I think all in all, that attitude makes it very difficult to play against.

CP: What are a few of your goals, both in poker and outside poker?

AF: I don’t have any specific goals this year as far as poker’s concerned. As far as something that I’m taking action on, I’d like to have more cashes this year than last year, and just continue to improve and do everything I can to make my game better. That’s really where the focus is. My goal is just to look back on the way that I think about the game now in a year, and think that I was an idiot for it. Because that’s been pretty consistent with me over the last few years – that I like look back on my thought process even three to six months ago and kind of laugh at myself for some spots, and really don’t like the way I played certain spots. Just to consistently feel that way, I think, will speak well for my future results. 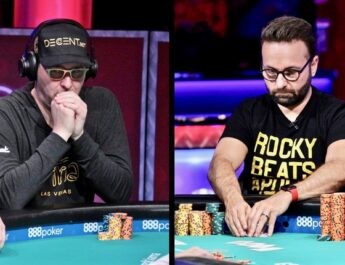 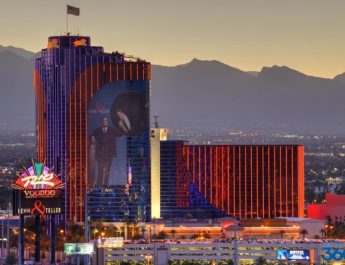