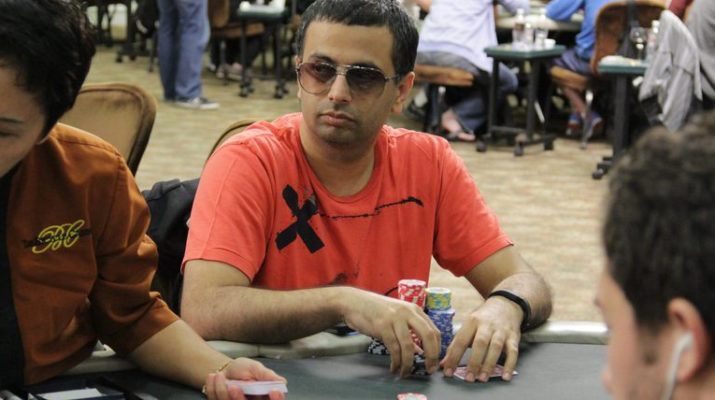 California-based poker pro Nipun Java was one of just two players to win two gold bracelets at this past summer’s World Series of Poker, which put him in an exclusive group of poker players. However, the feat arguably was more historic because of where he’s from.

Java first won the tag-team event with Aditya Sushant in early June for the hardware and $150,000 in prize money. Both men grew up in India, which marked the first time the annual summer poker festival crowned a champion from the country. And it just so happens that poker is booming in India. But there’s a lot of room for growth, as India accounted for just 356 entries in WSOP tournaments this past summer, less than one percent of the total. Countries such as Argentina and Bulgaria had more.

Later in the summer, Java defeated a field of 951 entrants to win the $1,000 buy-in online no-limit hold’em event, capturing his second bracelet and the $237,688 first-place prize. Java, a former software engineer, joined David Bach as the only other double bracelet winner.

So far in 2017, Java has cashed for $537,056, including six final tables. The results put him firmly in the no. 2 position on India’s all-time tournament money list. He sits with about $2.4 million in lifetime earnings, which trails only Vivek Rajkumar’s $4.4 million in scores.

Card Player had a chance to speak to Java about how his breakout summer at the WSOP and where his poker career goes from here.

BP: How did you find poker and what drew you to the game?

NJ: I discovered poker when I first moved to Los Angeles around 2007, after completing my masters in CS at ASU. I was looking to do something to kill time after work. I joined meetup.com, found a home game group and decided to give it a shot. Growing up back in India, I used to play a game called “teen patti” with my cousins on festival nights. It’s a bluffing game so I had some card sense. I just felt very natural at it. It lends naturally to my analytical abilities, and I’ve always played all sorts of competitive sports growing up.

BP: What was the teen patti game like? How did it give you a card sense?

NJ: It’s basically a game with no flop. I may not remember all rules now, but essentially it’s a multi-player game with everyone getting dealt three cards face down, and then there are rounds of betting that get bigger every round. Only way to end this betting is to call someone (matching the bet) or fold in which case the last person who bets wins without showdown, which is similar to hold’em in this sense. So essentially think of a draw game with no draws and unlimited betting rounds. So reading and bluffing ability are hallmarks of this game.

BP: Do a lot of people in India have exposure to card games in their youth? Whether it be poker variants or other games?

NJ: Yes, and it has grown over the years. Analytical games like chess and poker are very popular in India. Also card games like gin rummy and bridge are also part of the social culture. India now has lot of online poker sites besides Pokerstars and the game has taken off. We are kind of battling with some regulation issues similar to those in the U.S., but I would say the game has a bright future. There is also a big market for it as an eSport. I think culturally people love watching TV and shows and some format of game shows based on poker would also have a market.

BP: From your experience, how do people in India generally view playing poker for living?

NJ: I would say there is still some negative connotation since it’s clearly associated with “gambling” and in some ways it is. The working hours of poker players are also not conducive to society unless you’re playing tournaments only for a living. So overall, it’s looked at as something unconventional and with skepticism. I think the view is slowly changing as the youth understand it a little better. Also, the fact that only five percent or less of all poker players are truly profitable doesn’t really help the cause.

BP: What has changed for you since winning two bracelets this past summer?

NJ: I can golf more now (laughs). It just gives me more confidence in my game. It also reduces the pressure to make immediate money and I can focus now on other things. I joined this fitness program and getting fitter and healthier is a priority. I also play when I want to and not when I need to. It’s been a period of reflection and making plans for the future.

BP: A lot of people say that exercising can help one think more clearly at the tables. Have you found that to be the case for yourself?

NJ: Yes, especially doing cardio for me. I’m 39 now and for me I have clearly noticed the difference in stamina from say five years ago. I make it a point to put in a light workout especially on Day 2s [of a tournament]. Diet changes go a long way too. Avoiding too many carbs at dinner breaks has also helped a great deal.

BP: What are the most common mistakes you tend to make when playing really tired?

NJ: My focus and attention span would get diluted when I would feel tired. Also, the tendency of trying to end the hand early or making loose calls kicks in. It’s essentially your body trying to tell you to give up and rest and you have to spend energy in trying to combat that, which makes poker harder than it is already.

BP: Does being no. 2 on India’s all-time tournament money list mean a lot to you or is that ranking not that important to you?

NJ: It’s not important per se, but it definitely feels nice to be up there. Brings in some attention and who doesn’t love that? Also, it gives me a bit of motivation to get to no. 1. There is quite a bit of a gap so there is something to look forward to.

BP: For those new to poker, can you explain what a strong work ethic in poker looks like?

NJ: I would say showing up to play prepared to give it your best is important in poker and so is being well-rested, with a desire to grind. Planning your schedule ahead of time and not just randomly deciding to play has helped me. Also, working on your game off the table is extremely important. I am currently part of the CLC (Chip Leader Coaching) group and one of Nick Petrangelo’s students. Poker is fairly addictive so it’s easy to fall into the trap of playing too much and studying too little. Have to actively seek improvement since the game is getting harder. Younger guys getting in the game are way sharper and have access to lot of poker tools nowadays and in order to stay competitive, one has to put time in this game.

BP: Do you think the live games are softer in India generally given that the country is starting its own poker boom?

NJ: Don’t have much personal experience, but from what I’ve heard from my Indian poker friends they are incredibly soft. Lot of the Indian guys who are willing to grind the tournament circuit now basically started off playing cash games.

BP: Do you know of anyone who has relocated to India from wherever in order to get in on the poker boom there? If not, could you see that happening?

NJ: Even with the poker boom there are lot of other places in the world with better infrastructure and a more comfortable lifestyle, which makes it harder for someone to move to India to pursue poker. I can see it happening for someone who loves Indian culture and wants to learn and explore that, to make a temporary move to India to check it out. There is definitely excitement in living there, but one has to sacrifice in terms of day-to-day living comfort. For pure poker reasons, I don’t see it happening.

BP: How long have you been a poker pro for and what went into your decision to play for a living?

NJ: Finishing second at the Commerce Casino LAPC Playboy and then winning the Bike Circuit main event within a span of a month in early 2014 was what gave me the confidence to turn pro. It was good timing since I had received my Green Card at the end of 2013 and without that I could not have quit my job since I was on a visa. I turned pro in May 2014.

BP: How important has bankroll management been in your evolution as an elite player?

NJ: Pretty important I would say. I’ve never been staked in my poker career. I’ve always been fairly conservative in my approach to bankroll management. I only feel comfortable playing stakes for which I have ample bankroll. I was also fortunate to have had a good start in the game, so I probably haven’t had to make any tough decisions. But yeah, for example I’ve played three separate $25,000 buy-ins in my life and I had won satellite seats to all of them. I very rarely play tougher field tourneys for $5,000 or higher. I have some unwritten rules that I follow. When I started playing poker I grinded $5 and $10 tourneys on Full Tilt Poker back in the day, also a lot of $1 and $5 45-man sit-and-gos. It’s been a slow but steady progress since early 2008 when I started playing.

BP: What was the experience like winning the tag team event at the WSOP? I remember reading that you almost didn’t enter.

NJ: It was a last minute decision for Aditya Sushant to team up with me. It was more fun than I expected. Having a team environment in an individual game like poker was pretty amazing. We had an exciting rail with lot of Indian poker players rooting for us to win. Definitely the highlight moment of my career

BP: Does having two bracelets make you make you hungry for more of them?

NJ: I’m not really thinking in terms of bracelets, but more in terms of how to have more consistency in performance and stay profitable in poker. It would be nice to win another one, but I’m pretty realistic about how slim the odds of are winning one let alone multiple. You have to be very fortunate to win a tournament.

BP: I wrote a story just a couple of weeks ago on India’s president planning to honor female trailblazers, including poker player Muskan Sethi. Is this a significant moment for poker in India?

NJ: I think it’s a cool moment for female recognition and empowerment for India. I’m very happy for Muskan to get this recognition. It’s not easy being a female poker player anywhere in such a male dominated environment and even more so in India, which is relatively a conservative culture. I don’t know if this would translate it to being a significant poker moment. 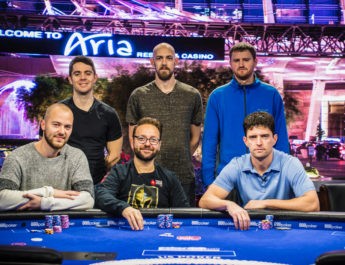