The final table is set in Jacksonville with Jake Schwartz (pictured) in the lead of the WPT bestbet Bounty Scramble. Schwartz eliminated Filipp Khavin in seventh place in a massive pot to build his stack up to 4.785 million heading into tomorrow’s final table.

Tomorrow is the fourth official WPT final table for Schwartz, who is joined by other repeat final tablists Kelly Minkin, Ray Qartomy, and the start of Day 3 chip leader Ping Liu. Tony Tran and Dominique Mosley round out the talented group of six.

Schwartz leads the final table is both WPT experience and chips. In Season XIV, Schwartz made final tables at bestbet and the WPT Five Diamond World Poker Classic. His fourth-place result at Five Diamond of $412,187 is his best live result in a career of over $1.7 million in tournament earnings. Schwartz opened Day 3 second in chips and gradually accumulated throughout play.

“It’s pretty exciting,” Schwartz said of being the chip leader at another final table. “I hope to finally close one of these out. This is the fourth time I’ve made a final table and the second time here. I’m especially excited because I kind of punted there at the end and got there.”

The “punt” Schwartz is referring to came at the end of the day against Filipp Khavin. Schwartz five-bet all-in with

and Khavin called off for 49 big blinds with

board gave Schwartz a flush and a lead of over 1.5 million chips versus second place Kelly Minkin.

How does Schwartz plan to prepare for the final table? The first step is hitting the local movie theater.

“I really like going to the movies, so I’m probably just going to go and then try to get a good night’s sleep. I’m going to see Bad Times at the El Royale.”

Qartomy is at his third career WPT final table and first outside of Borgata. The Texan made the final table of the Season XIII Borgata Poker Open and followed that effort up with a WPT Championship appearance there to close out the campaign.

Liu and Minkin are both at their second WPT final tables. Minkin started the event as a bestbet Bounty and regained traction after being initially eliminated. Liu is looking to best his fourth place result from Season XVI at WPT Rolling Thunder when he started the final table as the chip leader.

Tran and Mosley are respectively experienced with Tran’s best results coming in the WSOP Main Event. In 2015, Tran finished 85th out of 6,420. Mosley is at his first WPT final table in his seventh cash and has a lot of ground to make up as the short stack.

Day 3 started with 17 players remaining from a field of 356 all looking to win the $341,486 first-place prize. The Champions Club contingent of Brian Altman, Harrison Gimbel, and Sam Panzica bowed out in ninth, 10th, and 15th place, respectively. Day 1a chip leader Justin Liberto departed in 16th place while crane salesman Adam Ross (eighth) came up shy of his second six-figure score in the back half of 2018.

The final six players return to bestbet tomorrow at 4:00 p.m. local time to play on the live streamed final table with commentary provided by WPT Champions Club member Tyler Patterson and bestbet’s own Allison Hollander. All six have at least $60,981 locked up but the Champions Cup and $341,486 gold medal prize is what awaits the winner.

Stay tuned for more coverage of the World Poker Tour, as the WPT crowns another Season XVII champion. 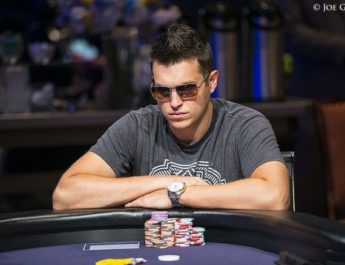 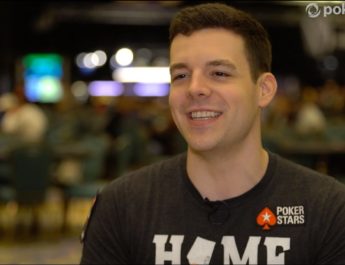