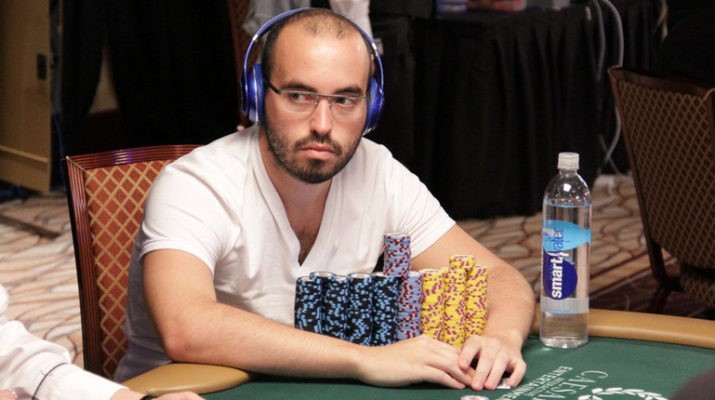 The finish line is within sight in the 2017 Card Player Player of the Year, race presented by the Commerce Casino & Hotel. With less than one month left the action is really heating up as players make their final push in an attempt to capture the 2017 POY title. Here is a look at the tournaments over the past week that most impacted the top of the leaderboard:

The poker world has once again descended on the Bellagio Poker Room in Las Vegas for this year’s running of the Five Diamond World Poker Classic. The massive series of events will span from November 24 through December 10, culminating in the $10,400 no-limit hold’em main event.

The first event of the series that brought about a change at the top of the POY standings was the $10,000 buy-in high roller event. Sergio Aido defeated a field of 28 entries to win $128,000 and 240 POY points. Current POY points leader Bryn Kenney placed third for $44,800 and 160 points, increasing his advantage on the rest of the top competitors. Kenney was not done making high roller final tables, though, but more on that later.

The second big event that went down at the Bellagio was a $25,000 high roller no-limit hold’em event, one of many on the schedule for the series. This first tournament drew 34 total entries, with Jason Koon emerging victorious in the end.

Koon made a deal heads-up with Isaac Haxton that saw him secure the title, the $289,950 top prize and 420 points. This was Koon’s third title and 14th final table finish of the year. With 4,754 points he climbed into sixth place on the POY leaderboard.

Holz, who finished second in the 2016 Player of the Year race, now sits in third place and is within reach of improving on his finish from last year. Holz is now only 1,361 points out of the lead.

The next major event held at the Bellagio was the $100,000 super high roller. A total of 39 entries were made in this huge tournament, building a $3.9 million prize pool. The lion’s share of that money was awarded to Dan Smith, who emerged victorious with the title, the $1,404,000 first-place prize and 600 points. This was Smith’s fourth title and his 14th final table finish. With $3,915,694 in year-to-date earnings and 4,274 points, Smith has moved into 12th in the overall standings.

Smith was not the only player to make a move in the top 20 as a result of this super high roller. Bryn Kenney made his 22nd final table of the year by finishing sixth for $234,000 and 200 points. Kenney now has 7,068 points and $8,128,628 in year-to-date earnings, further securing his hold on the top spot on the leaderboard.

The second $25,000 no-limit hold’em high roller of the series drew 39 entries. Rainer Kempe took it down for $351,000 and 420 points, climbing into ninth place in the rankings as a result. Kempe has won three titles and made 13 final tables so far this year.

23-year-old Spanish star Adrian Mateos finished third in this event for $156,000 and 280 points. This was his 18th final table of the year, and it brought his total points to 6,102 and his year-to-date earnings to $4,972,271. Mateos has made more final tables in 2017 than any player not named Bryn Kenney, and as result of his incredible consistency has staked a claim on the second-place spot in the standings.

Here is a look at the current top 10 in the POY standings: 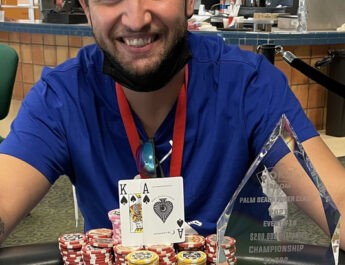 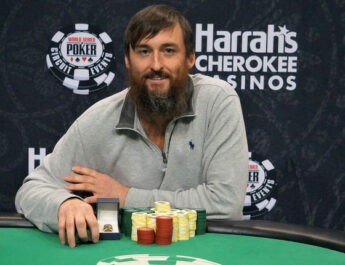