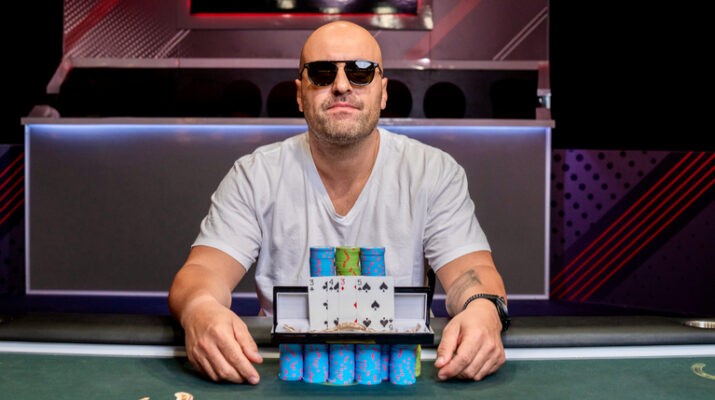 Konstantin Petrushev is the latest player to secure a gold bracelet at the 2022 World Series of Poker. The Las Vegas-based player defeated a field of 2,858 entries in the $600 buy-in pot-limit Omaha deepstack event to lock up the hardware and a career-best payout of $199,466.

This event was a fast-paced affair, with 30-minute levels and an aggressive structure that helped narrow the sea of entrants to a champion in just two days of action. The final day began with just 67 players remaining and Guillaume Soumier in the lead.

By the time the unofficial final table of ten was set, Petrushev had climbed into sixth place while Soumier remained in the lead. Petrushev busted Rafael Mota in eighth place ($24,250) to continue moving up the leaderboard. Soumier picked up pocket aces against Benjamin Miner (7th – $31,184) and held to narrow the field to six contenders.

Gregg Merkow flopped the nut flush to eliminate Philippe Pelluault in sixth place ($40,417). Vivian Saliba soon followed Pelluault to the rail. The Brazilian got all-in with a pair and wrap draw facing an overpair and higher straight draw for Soumier. The turn gave Sailba a flush draw to go with her other outs. The river gave both players a straight, but Soumier’s was best and Saliba was eliminated in fifth place ($52,795).

Soumier fell to the bottom of the leaderboard during short-handed action. He ultimately got all-in on a 7Heart Suit4Diamond Suit2Club Suit flop with KDiamond SuitKClub Suit6Diamond Suit3Heart Suit. Petrushev had put the pressure on with JDiamond Suit9Diamond Suit8Club Suit6Heart Suit. The turn brought another four to pair the board, keeping Soumier ahead. A Five on the river gave both players straights, but Petrushev’s eight-high straight was best. Soumier earned $69,501 as the fourth-place finisher.

Igor Ioffe got all-in with a pair of kings facing a wheel wrap for Merkow. A deuce on the river gave him the five-high straight to send Ioffe home with $92,200 for his third-place showing.

Heads-up play began with Petrushev in the lead. He further extended his advantage before the final hand arose. All of the chips went in on a 7Diamond Suit3Spade Suit2Heart Suit flop with Merkow holding QSpade SuitJSpade Suit6Heart Suit2Club Suit. Petrushev was ahead with 5Spade Suit4Spade Suit3Diamond Suit3Club Suit for middle set and an open-ended straight draw. The turn and river brought no help and Merkow was eliminated in second place ($123,251). 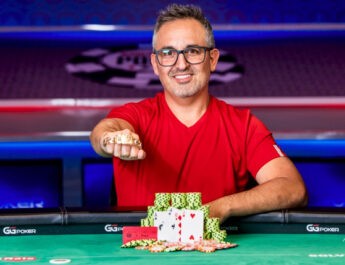