In Macau, gross gaming revenue (GGR) for casinos reached nearly MOP25.49 billion (US$3.15 billion) in May, an increase of 12.1% year-on-year for the month, according to data released by the city’s regulator on Friday, GGRAsiareports.

The data from the Gaming Inspection and Coordination Bureau means that from January through May this year, the market’s GGR total in Macau was nearly MOP127.73 billion, a year-on-year swell of 20.1%.

The May figure, however, was a dip from the 27.6% year-on-year increase reported by the city’s regulator, for the month of April.

Citing a note from Sean Zhuang and DS Kim, analysts from JP Morgan Securities (Asia Pacific) Ltd., the news outlet communicated that Macau casino GGR for May “missed” the collective opinion estimate of 17% growth year-on-year, “due to poor VIP luck.”

Meanwhile, brokerage Sanford C. Bernstein Ltd. said in a Friday note that the GGR result for the month of May was “below consensus” of its prior estimate of 16% to 17% growth. The investment research and institutional asset management company further communicated that Macau’s GGR for this month and the following month could experience a “headwind” form the 2018 Fédération Internationale de Football Association (FIFA) World Cup. The wildly popular international soccer tournament scheduled to take place in Russia from June 14 to July 15.

The London-based Sanford Bernstein, which operates as a subsidiary of AllianceBernstein Corporation of Delaware, went on to state that in regard to the biggest single-event sporting competition in the world [FIFA], which is held quadrennially, “During the last two World Cups, [the month of] June saw 20 percent and 16 percent month-on-month decline in 2010 and 2014, respectively.”

Last month, the city’s regulator reported that for the month of April, Macau casinos brought in MOP25.73 billion or US$3.18 billion in GGR. 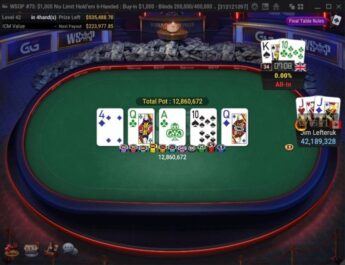