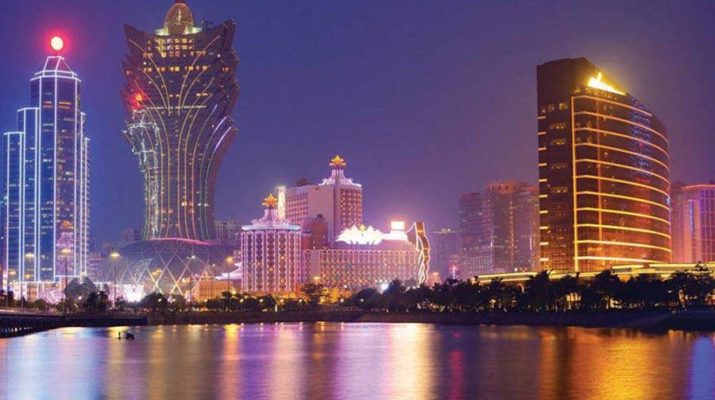 October’s numbers were nearly 20 percent stronger than the $2.73 billion won in September in the former Portuguese colony. It was only a month ago Macau showed the slowest gaming revenue growth for the Chinese gambling hub in more than two years.

Casino stocks with exposure to Macau soared during the first day of trading after the October numbers were released. Wynn Resorts was up 13.5 percent and Las Vegas Sands up 10 percent

According to Bloomberg, “even though October represented the 27th straight month of revenue growth in Macau, the casino hub has seen softening growth since the second quarter. While mass market revenue has maintained solid revenue growth, VIP business has been hit by weakening China property price and stock market turmoil.”

There are, however, signs the winning streak could be just getting started. The $18.7 billion Hong Kong- Zuhai- Macau bridge, which opened in Oct. 24, 2018 and is longest ocean bridge and tunnel network at 34-miles, is expected to further boost Macau casino revenue, convention spending, and overnight visitation.

Macau, the only place in China with legal gambling, had a gaming win of $33 billion in 2017, close to three times what was won in the entire state of Nevada. Macau’s gaming market hit a high of $45 billion in 2013.

According to International Monetary Fund’s July 2018 World Economic Outlook Update, Macau is expected to bypass Qatar as the richest region in the world. The report predicts the region will have a per capita GDP equivalent to $143,000 USD in 2020.