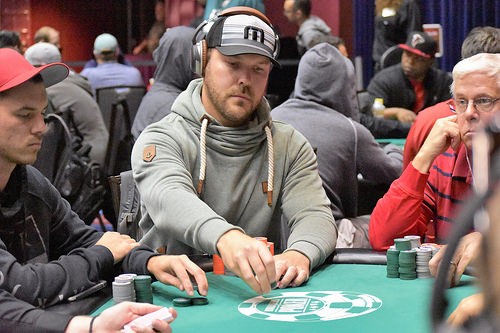 Day 2 of the WSOP Circuit Harrah’s Cherokee $1,700 Main Event was played Sunday at the host casino to see a start-of-the-day field of 219 players be whittled down to just 21 survivors. Matt Ernst will be leading the final 21 into the last day of the tournament with a massive stack and significant lead over his nearest competitor on the temporary leaderboard.

Ernst cracked aces on a couple of occasions during Day 2 play to bulldoze his way to the top of the chip counts chart. The player bagged and tagged 3.565 million in chips at the end of the day, nearly 700,000 more than Todd Mercer, who put the second largest stack in his bag.

Charles Johnson held the third largest stack at the time when Day 2 action was wrapped up. The player won the WSOP Circuit Harrah’s Cherokee Main Event last December. He topped a field of 957 entrants for a first-place prize of $272,744. He is now looking for a back-to-back title, which he might as well win, if he keeps his momentum.

An interesting story from the Main Event tables is that of Irene Carey who came into the tournament fresh off a second-place finish in the first event on the schedule of the ongoing Harrah’s Cherokee festival. Carey bagged 1.325 million last night and is looking for redemption, a title, and a gold ring from the series.

Other Notables Still in Contention

Notables who will return for Day 3 of the tournament include Dan Lowery and Ryan Phan. Lowery is eying his second WSOP Circuit Main Event title and his seventh gold ring from the series, while Phan is vying for a second ring. The former will begin Day 3 play as the short stack with a little over 500,000 in chips, while the latter is among the top stacks with 1.76 million. It is also interesting to note that Phan is coming fresh off an eleventh-place finish in this year’s WSOP Main Event.

There were also a number of WSOP Circuit regulars who busted early on Day 2 not even making it into the money. These included multiple-time gold ring winner Robert Hankins, Jonathan Hilton, and Bryan Devonshire, who hit the rail quite early on Sunday after terrific performance during Day 1B.

Notables who reached the money but could not make it through the day included record-breaking WSOP Circuit gold ring winner Maurice Hawkins, Sean Yu, Jeff Trudeau, who was the Day 2 start-of-the-day chip leader, and Blake Whittington, among others.

Day 3 of the Main Event will be played at Harrah’s Cherokee later today. The remaining survivors will play down to a champion, who will scoop a first-place prize of $295,970 and the accompanying gold ring. Each of the hopefuls is guaranteed a minimum cash of $15,790. 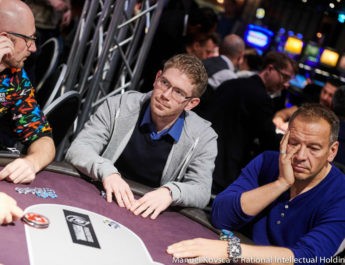 Fleischmann tries tanking his way to the bank, but bubbles instead