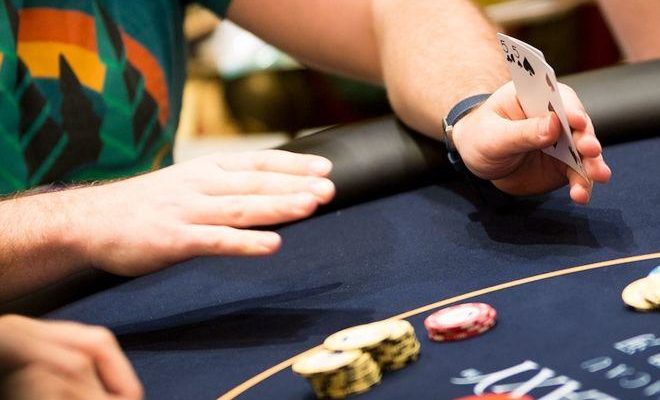 The most popular events at the World Series of Poker, at least measured by number of entries, are the smaller buy-in events. The $1,000 and $1,500 buy-in no-limit hold’em events often attract thousands of entrants.

In most of these smaller buy-in events, however, starting stacks are relatively short, and the push-fold tournament play begins just a few hours after the tournament starts.
A few years back, the series added a new event called the Monster Stack. The idea was it would be a smaller buy-in event, but players would start with many more chips than usual, which would stave off the push-fold play for a considerably longer time.
The event was extremely successful. Recreational players flocked from all over to enter.

I’ve always thought there was a small irony to this. On one hand, it’s obvious why recreational players would prefer the Monster Stack. More chips means more “play” — more hands played with relatively deep stacks and more hands played on average before busting out.

On the other hand, the deeper structure gives stronger players more ways to extract an edge out of the tournament. So, the recreational player, who tends to be playing at a disadvantage these days due to all the tournament specialists, will be at an even bigger disadvantage in the Monster Stack structure.

The extra chips, stack depth, and hands played makes it harder for a recreational player to ride a hot run to a big score. It’s more likely that hot run will peter out well before the big prizes, and the recreational player will end up with just a small cash or even a bubble.

So yes, the deeper structure offers more hands played on average, but it also means for most entrants a lowered chance to actually win.

While this always felt like a major tradeoff from my perspective, for most players the choice seems clear. They want more play even if it means they won’t win very often.

This realization got me looking at poker through a different lens. When most players weigh the value for time and money equation, they look at it differently than I do.

I see value as only expected dollar win, and I see the time invested and the money risked as costs. I’m likely to play any poker game only if I think I will win enough on average to compensate me for my time and buy-in risk.

I think most recreational players also implicitly weigh value versus cost, but what goes in the value and the cost columns is different.

I think for most players, the time spent is a value, not a cost. Most people play because they want to spend their time playing poker. The more hours they get at the table—the more hands dealt—the better.

Incidentally, it’s exactly this difference in values that gives the “What would you with pocket aces on the first hand of the WSOP main event?” question so much run. Since I value expected money won and view time as a cost, getting all-in with pocket aces on the first hand would be a win-win scenario. Either I’d end up with a much higher expected value (EV) chip stack, or I’d save all the time I’d otherwise have spent in the tournament.

The reason I wanted to write this article is to encourage you to think explicitly about this question. What is poker value to you? Most poker strategy is written with the either implicit or explicit assumption that what you value (or at least should value) is maximizing dollars won at the table.

The quality part matters. The reason people complain about the drunk in the cash game, despite the fact that he’s spewing off stacks, is because the presence of that player detracts from the quality of hours spent playing. Sure, you might have a little more money at the end of the session, but was it enjoyable? Was that experience why you play poker in the first place? Often that answer is clearly no, and a little extra money won doesn’t really compensate.

So, it’s worth it to really, explicitly, think about what it is you’re looking for from poker. What is “value” to you?

And then, how much do you pay to get that value? Even for winning players, any poker game comes with costs. It always costs time — whether you enjoy the time spent or not, at the end of the session that time is gone and you aren’t getting it back.

It also often has other costs. I spent a couple years inhaling second-hand smoke everyday trying to make a living before non-smoking rooms became the standard.

Buy-ins are costs — specifically the expected loss (if one should be expected) and the risk/variance of the gamble.

It’s worth it to think about if you are playing in the right games for you. What delivers value to you when you play poker? And can you get that value for less cost?

One popular poker format immediately comes to mind when I think about value and cost — tournament satellites. Satellites are very popular. But really should they be?

What value do they deliver? They’re raked heavily. They’re fast, so you don’t get many hands in. The hands you do get in are often push-fold style decisions.

And I think somewhat ironically, at the end of satellites players are often willing to sacrifice some of their dollar EV for the sake of locking in a win of some sort.

While I can understand why some grinders would specialize in satellites to try to make a living, I’ve always felt like the value-to-cost ratio for most players was not the best in satellite tournaments.

Okay, you want to win a tournament buy-in. Well, you’re in a poker room and you can turn a small stake into a larger one at any table in the room, not just at the satellite tables. Which game will offer you the most personal value while you try to do that?

Maybe it’s actually a $1-$2 cash game. Maybe it’s an online multi-table tournament. Maybe you want to play Chinese Poker or mixed games or something else.

Or maybe the satellite is your perfect form of poker and offers you the very best in terms of personal value versus the costs of playing.

Either way, I think it’s worth thinking about. What do you value when you play poker? And are you choosing the right games to get the most of it? ♠

Ed’s latest book, The Course: Serious Hold ‘Em Strategy For Smart Players is available now at his website edmillerpoker.com. You can also find original articles and instructional videos by Ed at the training site redchippoker.com. 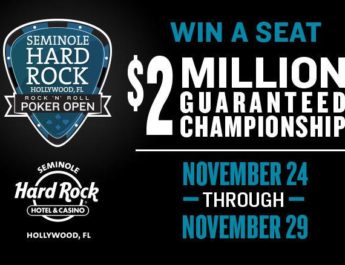 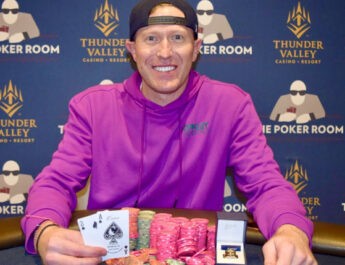