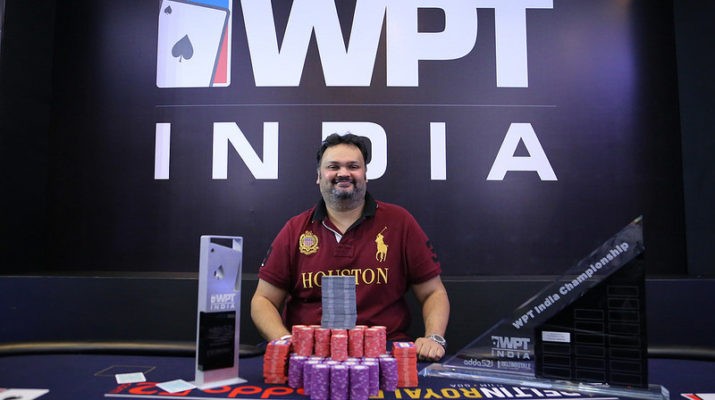 Nikunj Jhunjhunwala topped a field of 697 players to win the WPT India Main Event on Monday at Deltin Royale Casino in Goa, India. Jhunjhunwala earned the title and INR 6,635,000 in first-place prize money.

“It’s sinking in now that I’ve taken it down,” said Jhunjhunwala after the biggest win of his poker career.

“There was a point in time where the chips were down, and he had a 3-to-1 chip lead on me, and my rail was just in his ears, it was fantastic,” he said about the support from his rail during the heads-up final. “My rail was behind me, egging me on. We have been playing cash games almost every other day together. All thanks to them, they kept me motivated.”

He continued to say this about the heads-up match, “I just wanted to give it some time, get a feel for the player, and then start making some moves. It’s better for me to be playing postflop than preflop as compared to these online players where his forte is, he is out-and-out an online player.”

Harsh Dembla doubled up his short stack twice to kicks things off at the final table, but the third try was not the charm so he was the first player to fall in ninth place. Kanishka Upreti quickly followed him to the rail in eighth place a short time later.

Amit Jain then paid out a double, and that put him on the path to finishing in seventh place. Akshay Nasa was the next player to bust in sixth place, and then there were two double ups before the first break in play.

Hidangmayum Somesh was the first player to get all in after the break, and that is where he met the end of his tournament run in fifth place. There was then a prolonged four-handed battle before Deepak Singh took his leave in fourth place shortly before 7:00 pm.

Mahboobani started to pull away with the lead, but Jhunjhunwala doubled up twice to take a commanding lead with 19.3 million, while Mahboobani was left with just 1.6 million by the time the final hand transpired.

In that hand, Mahboobani moved all in preflop for 1.6 million from the small blind, and Jhunjhunwala called to cover him. The two players then flipped over their cards one last time.

That concludes coverage from the WPT India Main Event. A special thank you goes out to the Deltin Royale Casino for hosting another great stop on the tour.

Up Next on the World Poker Tour

There are two WPT events starting later this week on November 23 in the United States. On the Main Tour the WPT Seminole Rock ‘N’ Roll Poker Open will run from November 23-28 at the Seminole Hard Rock Hotel and Casino in Hollywood, Florida. Over on the WPTDeepStacks Tour the WPTDeepStacks Thunder Valley Main Event will run from November 23-26 at the Thunder Valley Casino Resort in Lincoln, California. 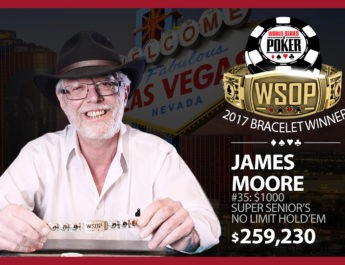 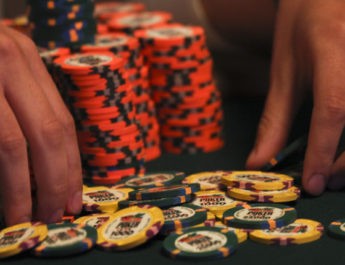