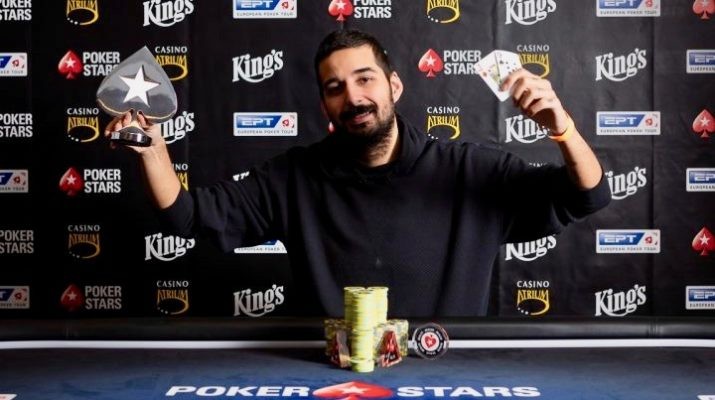 Orhan ‘yirtil’ Ates has won the 2020 World Series of Poker Online $525 buy-in bounty no-limit hold’em six-max event. He defeated a field of 3,170 total entries to become the first player representing his native country of Turkey to win a WSOP gold bracelet. Ates earned $114,584 from the main prize pool and another $65,593 in bounties to bring his total haul as the champion of this event to $180,177.

Ates eliminated Renato Ribeiro on the final-table bubble to take the chip lead into nine-handed play. The first knockout after the final table got underway took place when Arsens Sakanjans shoved from the small blind with A-10 and received a call from Caique Sanches’ A-6 in the big blind. The flop brought a six to give Sanches a lead that he never relinquished. Sakanjans took home $14,855 in prize money and bounty payouts as the ninth-place finisher.

Ates earned his first bounty at the final table when Jeff Hakim’s 10Spade Suit10Heart Suit ran into his KSpade SuitKDiamond Suit. The larger pocket pair held up and Hakim was sent to the rail with $17,715 in total earnings for his deep run in this event.

Augusto Hagen was the next to fall. He got all-in holding KSpade Suit10Spade Suit and was called by the 8Spade Suit8Club Suit of Sanches. Neither player improved and Hagen settled for $27,686 as the seventh-place finisher.

Tobias Schwecht began the final table in third chip position. By the time the next big hand arose, he had climbed into second place behind Ates. Schwecht picked up QHeart SuitQDiamond Suit and min-raised to 1,000,000 from the hijack. Gaurav Sood three-bet all-in fro the big blind for just over 6.6 million with ADiamond SuitJSpade Suit. The board ran out KSpade Suit10Spade Suit9Diamond SuitJDiamond Suit5Club Suit and Sood was eliminated in sixth place ($28,540). Schwecht moved into the outright chip lead after taking down the pot with his king-high straight.

Caique Sanches and Ates clashed i an huge pot that nearly spelled the ned of the eventual champion. Ates picked up 10Heart Suit10Diamond Suit in the cutoff and shoved for 11.9 million. Sanches called all-in from the button with the ASpade SuitAHeart Suit. The flop brought the ADiamond SuitJDiamond Suit9Club Suit to give Sanches top set. He was a 92 percent favorite to win the hand from this position. The 7Spade Suit on the turn gave Ates a gutshot straight draw heading into the river. The 8Spade Suit completed Ates’ straight to earn him the massive pot and eliminate Sanchez in fifth place ($51,300).

Alexandre Reard defended his big blind with ASpade Suit2Spade Suit and then check-called all-in after the flop brought the 6Spade Suit5Heart Suit2Heart Suit. His opponent, Schwecht, was making a move with the JDiamond Suit7Spade Suit. The turn brought the 9Spade Suit to give Reard the nut flush draw in addition to his currently leading pair of deuces, but the 8Club Suit on the river gave Schwecht a straight to lock up the pot. Reard earned $56,475 in prize money and bounties for his fourth-place showing.

With that, Schwecht took a 3:1 chip lead into heads-up play with Ates. During the heads-up showdown Ates was all-in and at risk with trips up against a flush for Schwecht, but managed to improve to a full house to stay alive. Shortly after that, he won a preflop race with pocket sevens against the ASpade SuitJClub Suit of Schwecht to take a 2:1 lead of his own. In the final hand, the two got all of the chips on after a flop of QSpade Suit6Diamond Suit3Heart Suit. Schwecht was at risk but ahead with ASpade SuitAClub Suit up against the QDiamond Suit10Club Suit of Ates. The turn brought the 3Diamond Suit to keep Schwecht ahead, but the QClub Suit on the river gave Ates a full house to secure the pot and the title. Schwecht cashed for $98,015 as the runner-up finisher, $15,629 of which was earned via bounties. 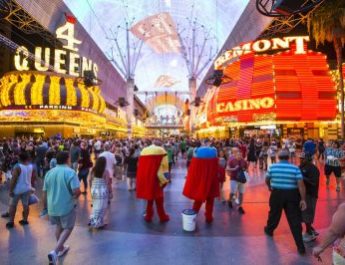 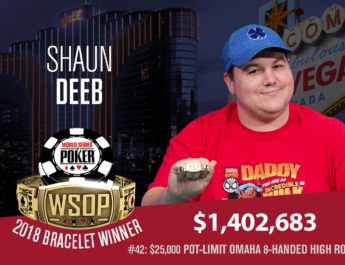