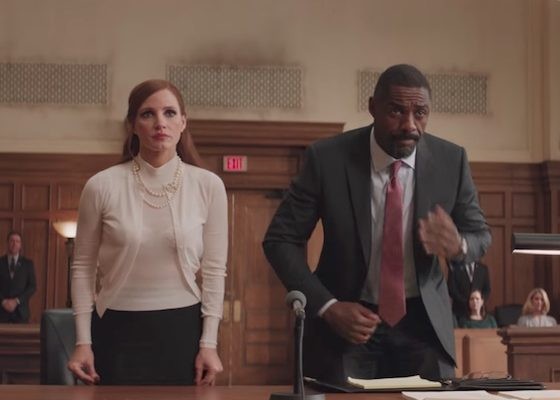 The movie Molly’s Game made its premiere at the 2017 Toronto International Film Festival on Friday, Sept. 8. The film was directed by Aaron Sorkin and stars Jessica Chastain, Idris Elba and Kevin Costner. The wide release is not scheduled until Nov. 22, but this screening of the film about high-stakes poker game organizer Molly Bloom was an opportunity for many critics to see the film for the first time and share their initial impressions.

The critical response has been largely positive, with popular review aggregating site Rotten Tomatoes giving the film an 88 percent positive rating so far with 16 reviews counted. Critics with positive reviews include writers for the Hollywood Reporter, Vox Media, New York Magazine and the Globe and Mail.

While Sorkin himself has come out and said the film is not ‘a poker movie,’ it does appear to heavily feature the game, with the first trailer showing many scenes at the tables.

Other movies centered around poker have not found much critical success. 2007’s Lucky You had a 29 percent rating on Rotten Tomatoes, while 2013’s Runner Runner fared even worse, with only an 8 percent rating. The 1998 cult classic Rounders was the last modern film centered on poker to not be widely panned by critics, drawing a solid 65 percent rating.

Molly’s Game will be Oscar winner Aaron Sorkin’s directorial debut after being the screenwriter for widely praised films such as The Social Network, Moneyball and Steve Jobs. Lead actress Chastain plays Molly Bloom, a former Olympic-level skier who went on to earn as much as $50,000 a night for setting up underground poker games that catered to movie stars and wealthy businessmen.

Bloom was indicted by the federal government for her involvement in a gambling ring that had ties to the Russian mob. Elba plays Bloom’s lawyer in the film, while Costner plays her father. Michael Cera has a supporting role as a celebrity player in the high-stakes poker games, although it doesn’t appear as if is he is playing himself.

Celebrities who actually took part in Bloom’s games included Leonardo DiCaprio, Ben Affleck, Matt Damon and Toby Maguire, although none of those actors appear in the movie. 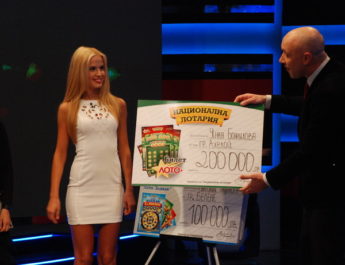 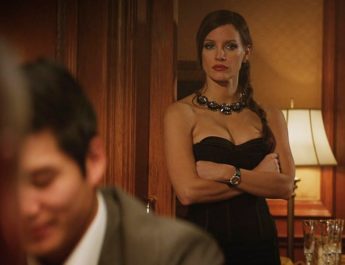 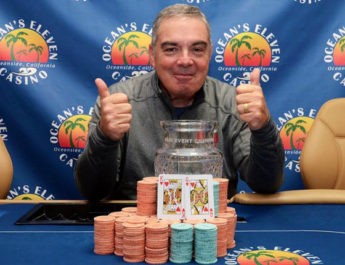