Poker pro Dan Smith added more than $5 million in tournament winnings to his résumé this summer in Las Vegas, which included a third place in the $1 million buy-in One Drop event at the World Series of Poker.

Smith currently sits in the top 10 on the all-time poker tournament money list with more than $25 million in scores. His accolades in the poker world prompted Poker Hall of Famer Daniel Negreanu to publicly declare on Twitter last week that Smith is the best in the world without a WSOP title.

“No question in my mind Dan Smith is the best player in the world without a WSOP bracelet. Can’t think of anyone better that doesn’t,” Negreanu said.

The 29-year-old New Jersey native also finished third in the $50,000 buy-in Poker Players Championship, a mixed game event that is considered to be one of the most prestigious of the year. Unfortunately, there was no deep Main Event run this year for Smith, whose best finish in the no-limit hold’em championship was a 20th place in 2014.

Card Player had the chance to speak to Smith about his summer in Las Vegas, including wearing a cowboy hat from Doyle Brunson at the One Drop final table.

Brian Pempus: The WSOP this year moved the $1 million buy-in to the very last event of the schedule. How did it feel to play the most expensive event of the summer at the very end?

Dan Smith: I kind of like how this year the biggest tournament was pushed to the end. Last year I remember getting buried in a big hole. The $300,000 and a couple of bullets in the Aria $100,000. Then the WSOP $100,000. When you are in a big hole, even though it shouldn’t mean anything, it does weigh on you a little bit. For me, it makes playing a $5,000 tournament less enticing. I suppose it had the same effect by knowing I had these really big tournaments to look forward to at the end of the series; I paced myself a little better and gave myself more days off. For the final 10 days, I tried to get into lockdown mode, no booze and I was studying and working out getting ready to play. I tried to do all the little things. It was a huge buy-in and you’re playing against tough players, and eight percent goes to charity. While that is a great thing, it makes it hard to overcome as an investment.

BP: What kinds of things do you look for in your game or lifestyle that might indicate that you need to take a rest day?

DS: This was the first summer when I didn’t experience burnout. So I never really got to that point. I played fewer cash games. When I play cash games my schedule always very quickly goes to shit, where I’ll play a session until 11 a.m. and that day there is no chance of having a healthy, reasonable day. If you go to bed at 11 in the morning you are going full degen…The no-limit cash games seemed pretty dead. The most common public games are played without an ante, and no-limit hold’em without an ante is a boring game. I wasn’t that interested to play in it. I played a bit in the $200-$400 Ivey’s Room game, and that’s played with a $500 ante which produces way more action. There is more money in the pot so people have to get in there and splash around.

BP: Did you feel like your reads were better toward the end of the summer thanks to avoiding burnout?

DS: Not feeling fatigued leads to some better plays, but there are certain fundamentals where I feel that I am sharper when I am doing it every single day. For example, if you have 20 big blinds in the big blind versus a button raise. It’s a situation where if I am playing every day I’ll just have it down pat, but if I haven’t played in a couple of weeks, I might be a little fuzzy. When I am playing regularly I feel my sharpest, but I came into this summer hoping to have a more balanced life, which is something I struggled with in past summers.

BP: Daniel Negreanu said publicly that he thinks you’re the best player in the world without a bracelet. Do words like that motivate you to keep playing bracelet events and does it make you feel good to receive that kind of recognition in the poker world?

DS: He’s maybe the biggest name in poker right now. He’s a real icon in the game, and it’s very special to have him say such nice things about me. I beat him heads-up in the Bellagio $100,000 in December, and some of my family members reacted in a way, like in their eyes beating Daniel in that tournament validated my poker career. If Dan could finally beat Daniel Negreanu, he’s finally made it. I would prefer to have a bracelet than to not, but on the other hand, as far as that kind of accolade goes, it’s not the biggest priority of mine. I don’t especially care enough to play extra 100, 50 person fields with the hope of taking it down. I’ll play the games that I think are fun. I’ll always play the $10,000 no-limit single draw. I played the $50,000 eight-game, even though it’s certainly possible I was an underdog in the field, but it’s six handed and you get to play all the games. Winning a bracelet is not a big enough of priority for me to alter my schedule.

BP: The One Drop tournament used a shot clock. How does it feel going from using a shot clock to sitting in a game without one?

DS: I think the shot clock format is superior. I think it adds another element to the game. I personally find it very challenging. I’m both trying to consider the poker skill element, like a situation comes up where you are trying to decide what the c-bet size you should use on a 10-high board versus an eight-high board, and you are also trying to think about game flow and opponent tendencies and the fact that he just took a really big exhale. I think the shot clock is a much more enjoyable experience, and it makes it much easier to stay present and watch every hand. When you worry you might have to watch someone tank for three minutes on the river, or eight minutes, or whatever, it’s just not fun to be there. The time element can be very stressful, when you run out of time banks, and then you have 30 seconds. You get the 10 second countdown, and all of a sudden, you realize you don’t remember the size of the pot and you might have to bet in the next six seconds (laughs).

BP: I saw that Doyle gave you a cowboy hat this summer. Was it pretty special to have that happen, and besides One Drop, did you play a lot of poker with it on?

DS: The hat is unbelievably special. I only wore it this summer at one event at the Aria and the one event at the WSOP. It’s a giant cowboy hat, and I didn’t want to overdo it (laughs). Taking a step back, and realizing that Doyle, who is probably the most famous poker of all-time, went out of his way to give me a special gift. That was spectacularly cool. 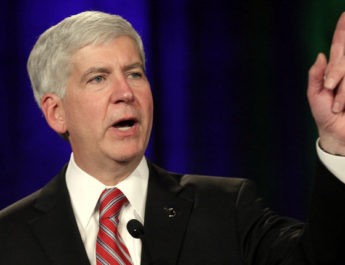 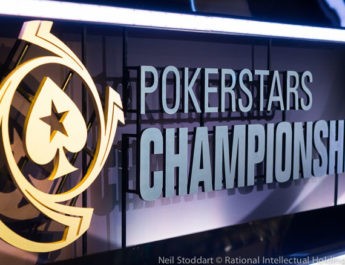