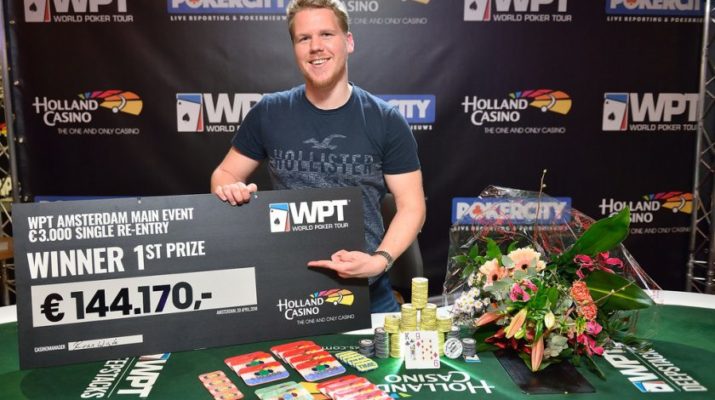 The Season XVI WPT Tournament of Champions is around the corner. On Thursday, May 24, 2018, World Poker Tour title holders will embark on fabulous Las Vegas to compete in the prestigious event at ARIA Resort & Casino. The final table will play out at Esports Arena Las Vegas at Luxor Hotel & Casino on Saturday, May 26. In lead up to the event, WPT.com is featuring all of the winners from Season XVI, who, along with the hefty first-place prize, earned a $15,000 seat into the season-ending WPT Tournament of Champions. Next up is Rens Feenstra, winner of the second instalment of this season’s WPT Amsterdam.

The second trip of Season XVI by the World Poker Tour to Amsterdam resulted in a lively field of 207 entrants. Dutchman Rens Feenstra made sure the trophy stayed in his homeland.

The 27-year-old Feenstra topped WPT Champions Club member Ema Zamovic heads up to book his seat to the WPT Tournament of Champions. Along with the $192,335 first-place prize, Feenstra was excited for the World Poker Tour to return to his home city.

A warm culture and fun group of players is what makes Amsterdam an enjoyable destination, according to Feenstra.

American players bridged the gap between other stops on the circuit. WPT final tablists DJ Alexander and Justin Bonomo both participated in WPT Amsterdam. Bonomo bagged the Day 3 chip lead and placed 16th.

The positive vibes of Amsterdam reside within the poker civilization. Jorryt van Hoof and Michiel Brummelhuis are both WSOP November Niners and reside within the various poker groups used by players such as Feenstra as they climbed the rankings.

“It’s really nice, I have to say there’s not a lot of new players coming up,” Feenstra told WPT.com. “It’s become much tougher. A very steady group of players have been around since I’ve been a professional player. It’s not just about poker. It’s more about having fun and having a beer and catching up.”

The career Feenstra built for himself started when he was 18. Feenstra began as a sit-n-go player and claims himself to be a professional for the last eight years.

The online volume Feenstra once put in is behind him. For one, taxes within the Netherlands prevent him from holding onto to his tournament winnings as he once did. Instead, Feenstra found a home on the road. Las Vegas is one of many destinations explored by Feenstra where poker is not the only item on the agenda.

“It’s really nice to see other places, I’ve been traveling and backpacking through Asia and Australia,” Feenstra said. “I’m looking forward to South America. If you can combine poker with other activities, it’s nice. The couple times I was in Las Vegas, I went to Las Vegas and the Bahamas. I try to combine to poker with recreational activities.”

Feenstra plans to stay in Las Vegas a few days following the WPT Tournament of Champions to sample cuisine across the city. If Feenstra plays the WSOP Main Event a few months later, more outdoor activities are to follow.

The travels of Feenstra take him across Europe and the United States and there are quite a few tours that have crossed his path. The World Poker Tour holds a special place for Feenstra and the name brand helps to grow the field.

“It’s obviously fun to play and have this WPT Tournament of Champions that adds a lot of prestige,” Feenstra said. “The whole thing around it, there’s more interviews, it’s more in the media than other tours.”

When Feenstra registers for the WPT Tournament of Champions, he has pressure on him from the moment he sits down.

To have the chance to match the feat of Yachou is welcomed by Feenstra, who says the subject is on the mind of him and his supporters.

“All of my friends are saying, if he can do it, you can do it,” Feenstra said with a laugh. “There’s a lot of pressure from that aspect.”

The allure of past champions does not affect Feenstra. The joint business and pleasure trip isn’t high on camaraderie, at least, at first. Feenstra’s knowledge of his opponents could pay dividends in all stages of the event.

“I’ve been around so long that I’ve seen or watched most of the big players. There’s not really any interest in meeting any of the players there.”

The WPT Tournament of Champions represents a chance for Feenstra to make a name for himself on one of poker’s largest stages.

Count on Feenstra buying the first round with a win.

“It would be the biggest prize I’ve won yet,” Feenstra said. “It would be a really nice addition to my trophy case.”

For the full list of features on Season XVI WPT champions, see below. 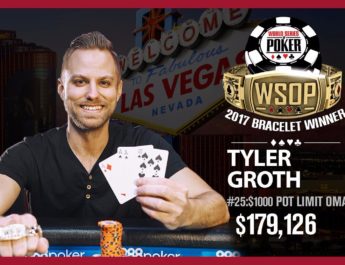 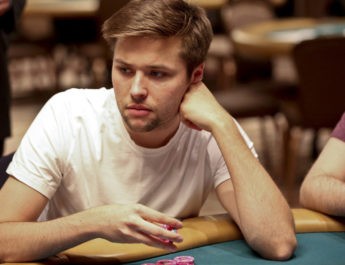 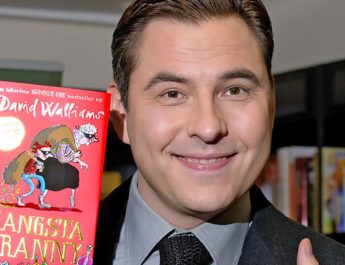