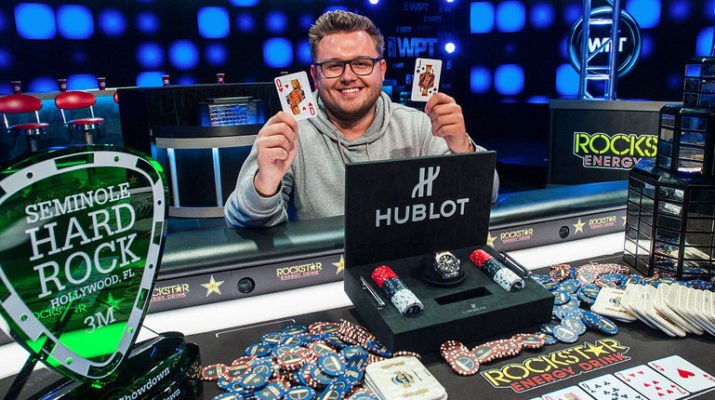 Scott Margereson has won the 2018 World Poker Tour Seminole Hard Rock Poker Showdown$3,500 no-limit hold’em main event. The tournament featured a $3 million guarantee that was easily blown away when the 1,309 total entries grew the final prize pool to $4,188,800. In the end it was Margereson, a 25-year-old poker pro from Chesterfield in the United Kingdom who emerged victorious with the title and the $696,740 first-place prize.

Margereson came into the final day of this huge event in third chip position with six players remaining, and he had plenty of tough competition to deal with including Matt Stout, three-time World Series of Poker bracelet winner Brian Hastings and WPT season VIII player of the year Faraz Jaka.

Stout was eliminated in fifth place ($189,880) after running his pocket tens in the pocket queens of Jaka preflop. The preflop coolers continued as Joseph Couden got all-in preflop with the Q

only to get called by Jaka with the K

. The pocket kings held up and Jaka surged into the chip lead.

Margereson doubled through Jaka to keep pace with the pack before playing a huge hand against Hastings. With blinds of 125,000-250,000 Margereson raised to 500,000 from the button and Hastings three-bet from the small blind to 1,800,000. Margereson called and the flop brought the J

for top pair and found himself up against the K

for a flush draw and an overcard. The turn was the 3

, keeping Hastings in the lead, but the 7

on the river completed Margereson’s flush draw. With that Hastings was sent to the rail in third place with $336,466.

Margereson took nearly a 3-to-1 chip lead into heads-up play against Jaka, but the two were both pretty deep with the shorter-stacked Jaka still sitting with more than 40 big blinds. The two ended up battling it out for more than 80 hands, but in the end Margereson shoved from the button for Jaka’s stack of around 20 big blinds holding the Q

and Jaka made the call with the A

and Margereson’s flopped two pair were enough to secure the pot and the title. Jaka earned $454,496 for his runner-up showing. 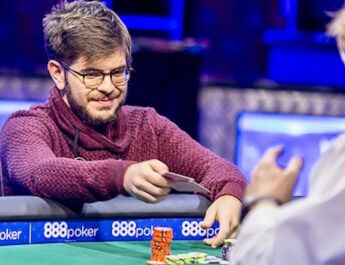 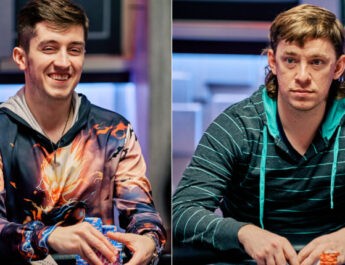 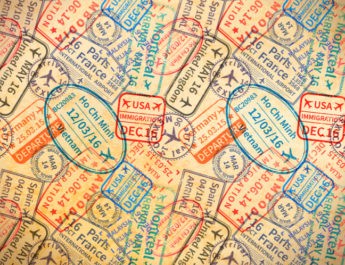