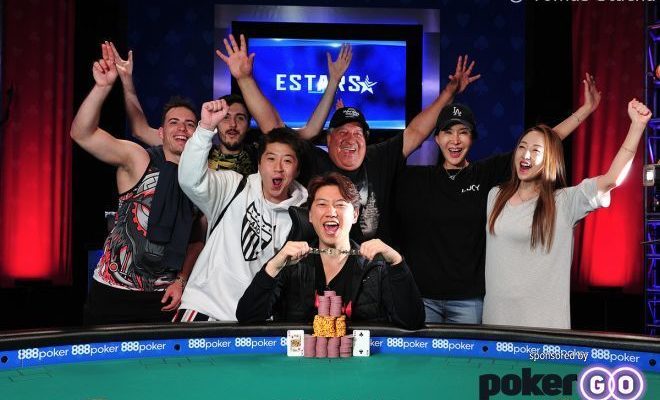 Sejin Park topped a field of 13,109 entries in the 2019 World Series of Poker $400 no-limit hold’em ‘Colossus’ event to become the first ever South Korean to win a WSOP gold bracelet in an open event. The 37-year-old poker pro earned $451,272 for emerging victorious in the first WSOP event he had ever cashed in.

This win came just a week after fellow South Korean Jiyoung Kim took down the 2019 WSOP Ladies no-limit hold’em event to become the first South Korean to ever secure a bracelet.

The 2019 running of the Colossus saw the event make some changes. The first four times this event was held featured a $565 price point. In 2015 there were four starting flights, but the following three tournaments each had six flights to choose from. The 2015 Colossus event set a record for the largest field ever at the time with 22,374 total entries, but the numbers steadily declined year over year. The 2018 running drew just 13,070 entries, which might have led to the decision to cut the buy-in the $400 and decrease the amount of starting days to two. The event saw 13,109 entries thie year, despite the big decrease in the amount of starting days.

After three full days of action, the sea of players was narrowed down to just eight hopefuls. Georgios Kapalas entered the final table with the chip lead, while Park sat in sixth chip position. Maksim Kalman was the first casualty of the day. He hit the rail when his KHeart SuitJHeart Suit ran into the JDiamond SuitJClub Suit of Andrew Barber. Kalman picked up both straight and flush draws by the turn, but failed to improve any further and was eliminated in eighth place ($53,925).

Kapalas expanded his lead by busting out Patrik Miller in seventh place ($69,757), but Park climbed into second place by securing his first knockout of the final table. Park shoved from under the gun for nine big blinds with AClub Suit5Spade Suit and received a call from Norson Soho, who held QSpade SuitQHeart Suit. The board was clean for Saho until the ADiamond Suit rolled off the deck on the river. Saho was sent to the rail with $90,838 as the sixth-place finisher.

Andrew Barber was the only player at the final table with a bracelet to their name. Barber’s run came to an end when his AClub Suit3Spade Suit ran into the ASpade SuitADiamond Suit of Kapalas. Barber was unable to come from behind and was knocked out in fifth place, earning $119,072.

Park managed to battle his way into the lead during short-handed play. He furthered his advantage by eliminating Juan Lopez in fourth place. Park picked up QHeart Suit10Heart Suit in the big blind and called Lopez’s all-in. Lopez was ahead with ASpade Suit3Heart Suit, but Park flopped a pair and made a flush by the river to secure the pot. Lopez earned $157,106 for his deep run.

Just a few minutes after that hand Kapalas got involved in the next major confrontation. Kapalas limped in from the small blind with AHeart SuitAClub Suit and Ryan Depaulo checked with 8Club Suit3Diamond Suit. The KClub Suit8Heart Suit4Club Suit flop drew a bet of 8,000,000 from Kapalas. Depaulo raised all-in and Kapalas quickly called with his overpair. Depaulo failed to improve on the KDiamond Suit turn and 10Heart Suit river. He took home $208,643 as the third-place finisher.

Park took roughly a 2.5-to-1 lead into heads-up play against Kapalas. The two only battled it out for 13 hands before a winner was decided. By the time the final hand arose Park had extended his advantage to nearly 5-to-1. With blinds of 5,000,000 – 10,000,000 and a big-blind ante of 10,000,000, Park raised to 25,000,0000 from the button holding KDiamond Suit2Club Suit. Kapalas moved all-in for 78,000,000 total with the ASpade Suit3Heart Suit. Park called and the board ran out 8Heart Suit2Heart Suit2Diamond Suit8Spade SuitJSpade Suit and Park made deuces full of eights to secured the pot and the title. Kapalas was awarded $278,881 as the runner-up. 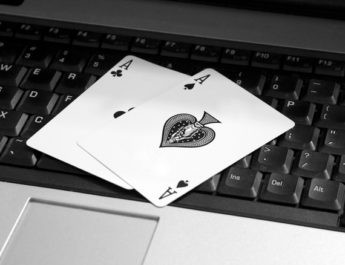 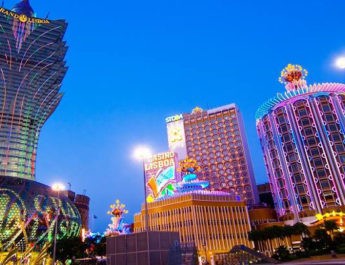 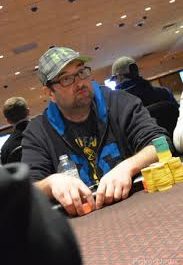