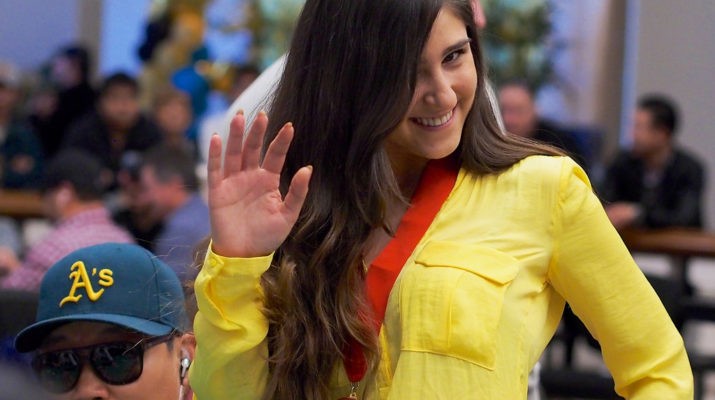 Ana Marquez broke out on the live tournament scene back in 2011 when she narrowly missed out on the PokerStars Caribbean Adventure main event final table, earning $155,000 for her tenth-place showing. From there, the Malaga, Spain-native continued to record cashes all over the globe in places such as Madrid, San Remo, the Bahamas, London, Berlin, Atlantic City, Barcelona, Los Angeles, Prague, Vienna, Melbourne, and Monte Carlo.

In late 2014, however, Marquez decided to take a break. A long break, ideally, considering how many miles she racked up following the international tournament circuit. But the itch to play kept coming back, and the former Team PokerStars Pro couldn’t ignore it any longer. In 2016, she went deep in the WSOP main event. This year, she cashed in three tournaments with massive fields at the WSOP, making deep runs in the Marathon, Monster Stack, and Crazy Eights events.

Card Player caught up with Marquez at Bellagio in Las Vegas where she recently finished runner-up in the $1,000 shot clock event at the Five Diamond World Poker Classic.

Card Player: For those that aren’t familiar with your backstory, can you talk about how you got into poker?

Ana Marquez: It feels like it’s been such a long time since I started, probably around 2008. I got started when I was at American University in Washington D.C. I was studying history and economics, and I guess I was planning on doing something with diplomacy or something like that. I’m not too sure what the plan was there. But then poker kind of took over. I met a bunch of players from Maryland, like Greg Merson, Tony Gregg, Christian Harder… We all started playing poker together, and I took it very seriously right from the beginning. I studied poker even before I really started playing, because I wanted to make sure I was ready. It was Greggy (Merson) who got me started playing online. I was just playing some $1-$2 live cash games, but he convinced me that online poker was what I should do next. Two years later, I started playing tournaments.

CP: When did you realize that poker was something you could do as a career?

AM: I was taking some time off from University. I couldn’t take just one semester off because I was doing my thesis, so I had to take off a whole year. I got bored, so I just played a lot of poker. During that year, I realized how much I loved it. I decided to finish school and give myself one full year to see if I could do it. It went well, so I kept playing.

CP: Can you talk about your playing style and how it has evolved over the years?

AM: I started out super nitty. I remember my first idea of poker was based on Phil Gordon’s Little Green Book, and SuperSystem, so I was a little rigid in the beginning with the hands I would play. Over the years, I’d get a tip from a friend or I’d just see more reasons to get aggressive, and my play opened up from there.

To be honest, the biggest problem I’ve had over the years is figuring out how people perceive me at the table. It’s funny, but some people just assume you play the same way you did ten years ago, which in my case was very tight. But someone who I played with last week is only going to remember me as very aggressive, so it can sometimes be hard for me to tell what other players think of me. Like, if someone three-bets, I have to decide if their range is wider because they think they can push me around, or if their range is tighter because they think I’m a nit. It always depends on the table, but I would say that for the most part, players go out of their way to attack me. Depending on my cards, that can be a very frustrating day or a very great day.

CP: You traveled the international circuit for a few years, and had a lot of success before taking a break. In fact, you are no. 12 on Spain’s all-time live tournament earnings list. What made you decide to get off the road for awhile?

AM: I guess I was pushing myself too hard. I was living out of my suitcase, in a different city every two weeks. I really wanted to be home. I lived in London, but I was moving around so much that it didn’t really feel like home. I missed having a home base, a nest. I was constantly grinding. When there wasn’t a live tournament, I was playing online. I got burned out. My dad would tell me that I was the only person he knew who didn’t have a weekend. Every day there was poker to play, somewhere. 2013 was a great year for me, and when you have success, you chase that feeling for awhile.

But to be honest, I could never really get away from poker. I just cut back my schedule to a more manageable level. I tried to see if I could stay away, but I think I just love the game too much to quit. I think I’m easing back into it organically. I’m not making a schedule, everything is just based on when and where I feel like playing. Recently, I passed on Rozvadov (for the WSOP Europe), which was only a four-hour drive from my house, and instead, I came to Las Vegas to play at Bellagio. It doesn’t make sense, but it’s what I felt like I should do.

AM: I do love Las Vegas. For me, Vegas is my work zone. If you want to get motivated, and push yourself, come to Vegas. I’ve been coming to Vegas for so many years, that I don’t get distracted by all of the things to do on the Strip. I’ve done it all. For me, it’s all about the poker when I’m here. 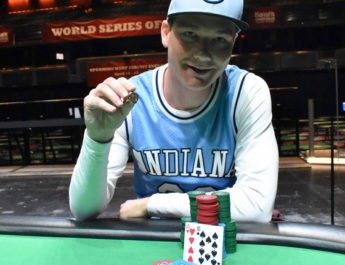