Boivin had finished sixth in the series-opener €10,300 High Roller where he earned €25,800. On his road to victory, Boivin clashed with accomplished high stakes regular Steve O’Dwyer heads-up and defeated him to lift the trophy.

“I’m only just starting to play higher stakes live. The reason I’ve started is obviously that I wanted to continue playing higher more regularly; it’s not like I was hoping to bink the first one! But I’m definitely going to be playing higher now!”Boivin said, after the win.

An ecstatic Boivin is also planning to head to the Bahamas for the PokerStars Players NLHE Championship (PSPC), and is confident about taking it down.“Spoiler alert but I’m going to win the biggest $25k in history!”Boivin declared.

The first player to be eliminated was Michael Addamo, but he immediately re-entered. Michael Soyza was also seen firing a second bullet.

The quick pace of eliminations narrowed the field down to 22 runners by the second break with Boivin at the top of the chip counts at this point. The payouts were also announced and six places were to add at least €77,310 to their bankroll.

The play slowed down when only nine finalists remained.

Sylvain Loosli and Charlie Carrel were eliminated by Plesuv and Addamo respectively, bringing the tournament to the money bubble stage.

Ryan Reiss turned out to become the unfortunate bubble boy when his ace-six was cracked by Addamo’s seven-eight that clipped a pair after the flop brought an eight. The former world champion found no help on the rundown and was relegated to the rails in seventh place.

When the final six players sat down to play, Addamo was in the lead and he extended it further after eliminating Stefan Huber in sixth place. In the hand, Addamo held ace-nine while Huber was dealt ace-four. The flop queen-seven-queen was a blank for both players but the nine on the turn gave Addamo a pair, and six on the river officially ended Huber’s deep run.

Next to leave the final table was Pavel Plesuv, who opened to 150,000 and Addamo used a time extension before making the call. The flop fell  and Plesuv bet 125,000 on which Addamo called. The turn brought the , and Plesuv moved all in for 240,000, prompting Addamo to call. Plesuv tabled  against Addamo’s . With Addamo’s superior one-pair holding up, Plesuv was eliminated in fifth place.

Michael Addamo had been quite an aggressor on the final table, but chipped down after Boivin and Kisacikoglu both doubled up through him one after the other. Soon Steve O’Dwyer open-shoved from the button with and Addamo moved all in from the small blind holding . Boivin looked down at  and called, effectively putting himself all-in in the big blind. Boivin’s hand held through the  rundown, eliminatingAddamo in fourth place.

Next up, Boivin opened to 275,000 and saw Orpen Kisacikoglu making the call from the small blind. The flop came  and Kisacikoglu checked  while Boivin moved all in with . Kisacikoglu called and moved his entire 1 Million stack in the middle. The runout  and  eliminatedKisacikogluin third place.

The heads-up play between Steve O’Dwyer and Boivin was a short affair and after two small double up`s, O’Dwyer lost all his chips in the third hand where both players moved all in. O’Dwyer was clearly looking for another double up but it wasn’t to be. He tabled  against Boivin’s . The flop swung the game in Boivin’s favor since he spiked two pairs. The  turn and the  river made it official as Boivin held the best hand, while O’Dwyeradded a runner-up title to his illustrious poker resume. 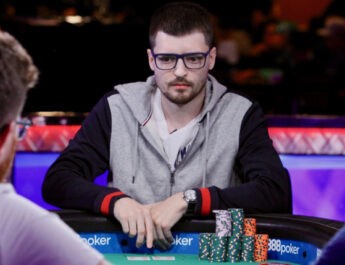 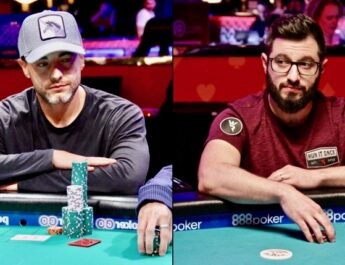