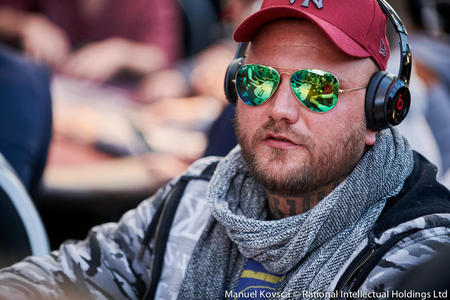 After the four starting flights, it was great to get all remaining players under one roof for Day 2 today. If you scanned the room closely at the start of play you would’ve been able to spot the winner in the crowd, but you wouldn’t have got very good odds on a guess if you were asked to bet. The price on that has come in considerably after the field was whittled down to just 15 by the end of another ten levels of play.

Ulrich Pauls had a great end to his day at the felt and will head into tomorrow’s final day with 2.653 million. Here’s a table of all the remaining players and their counts:

The German player was vying for the lead in the last level and secured his place at the top of the counts with huge bluff and then a double elimination in one of the last hands of the day.

After a raise from Karolis Domarkas and a call, he squeezed from the small blind. The flop came 9♦9♣5♠ and Pauls’ c-bet was called. Both players checked the 6♦ turn before Pauls bombed the 3♣ river. Domarkas folded and Pauls slammed T♥4♦ down for a complete bluff.

That’s one way to win a pot and another is to take the stacks of your opponents with a winning hand. Pauls limped in with jack-ten before Raffael Targowski (pocket fours) and Dustin Mangold (ace-king) moved their shortish stacks into the middle. Pauls shrugged while saying, “Okay, good luck guys” and flicked in a chip to call, hit a jack on the turn, and cemented his overnight lead.

Back to the beginning of the day where 213 players of the 567 total entries returned, and the bubble came around surprisingly quickly, in Level 17, the fifth of the day. Only 79 players would make the money, so someone had to go in 79th. Fabian Fleischmann tried all he could to make the money, including a bit of stalling, but had no choice in the end but to commit his chips. He was in the big blind holding J♦8♥ and facing a raise for all his chips. He would’ve been all-in the next anyway so decided the hand was strong enough to try his luck with. Johannes Schulze was his opponent, opened K♠6♠, and survived a 9♥3♦Q♦Q♣6♦ board.

PokerStars was represented on two fronts today in the shape of Felix “xflixx” Schneiders and Marcin Horecki. The latter had a good day and it looked as if the former was going to as well, but he got unlucky to bust. German Twitch star Schneiders came back with fewer than 10 big blinds and went on a tear through the first two levels before he got sucked out on by Jan Sigel. Schneiders jammed on the turn with a made flush and was called by Sigel who had top pair and a draw to a bigger flush. I don’t need to tell you what came on the river.

Coming back with 11 big blinds, Horecki’s start of day prospects weren’t much better than his teammate’s, but he managed to sustain his growth and cruised into the money. Then he found a timely double with aces to get his stack above the 50 big blind mark and he was able to apply pressure from there before going on win a couple of late pots to finish the day third in chips. With all his tournament experience, the Polish veteran will be a real threat tomorrow.

The final day will commence at 1pm CET tomorrow and action will continue down until a new champion is crowned here in northern Germany. To see who finished where in the money so far, click through to our payouts page and for the final day seat draw, click here. For now though we wish you a good night. 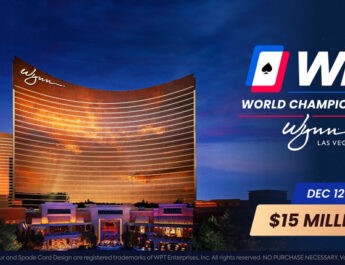