There’s no doubt that the World Series of Poker has long been the event when it comes to the challenging game of poker, and it has amassed a global audience for years. All eyes turn to Las Vegas when the World Series of Poker is held in this famed city, and when we imagine all the hype that surrounds the event today, it’s hard to believe that it started out with only 7 players way back in 1970 in the former Horseshoe Casino. Nowadays, the World Series of Poker comprises an average of no less than 65 events, and it brings together players from all around the globe who are all vying for the best prizes – and the accolades that go with it. So, who will be the next World Series of Poker winner? Here are some facts, winners, and favorites for you.

The essential format of the WSOP

The World Series of Poker has a multiple tournament format, and it is played with a wide variety of games. The Main Event is the largest crowd-drawer, obviously, but there are other key events which players participate in to win various prizes.

One distinct event in the World Series of Poker is the Seven Card Stud Championship which allows players the chance to compete in a span of 3 days. In 2016, the event’s winner was Robert Mizrachi, and he took home nearly $250,000.

While most events are played only by the professionals, including the Poker Players Championship, there are some events which are open to many, even amateurs – if they are able to come up with the buy-in, of course.

There is also the HORSE event or tournament, which sees large buy-ins of up to $50,000, and most enthusiasts see this event as the best and truest assessment and test for an individual’s all-around skills in poker. The different players go through several rounds of various variants in poker ranging from Seven Card Stud or Split Eights to Texas Hold’Em. But while the HORSE event is tough in its own right and really puts players through a grueling ordeal, the Main Event is still the biggest crowd drawer and crowd pleaser.

More about the Main Event

As previously mentioned, the most awaited event at the WSOP is the Main Event, where players go through No Limit Texas Hold’Em poker. The players can buy in for $10,000, and they can then play across every table with the goal of attaining a final table seat – which gives them the opportunity to win the coveted gold bracelet as well as the prize fund amounting to millions of dollars. The Main Event winner also has the veritable title of World Champion, which is a great honor indeed. The different stages or phases are held in the months of June to July, and the final table is held in November.

There are many notable past winners of the World Series of Poker, and the most recent winner who took home the big prize in 2017 was Scott Blumstein. Scott Blumstein’s earnings amounted to almost $8,500,000, and this 25-year old American actually has an accounting degree but decided to take his chance in poker – and won big. Before the WSOP, Blumstein’s biggest win was just below $200,000, and as of now, his total winnings through his career amount to more than $8 million.

2016’s WSOP winner was Qui Nguyen, a Vietnamese-American who brought home a prize of over $8 million. As an immigrant from Vietnam when he was 24 years of age, he first found work in a nail salon until he made the move to Vegas in the year 2007. But Nguyen didn’t begin his poker journey until the year 2003, and it all went uphill from there. 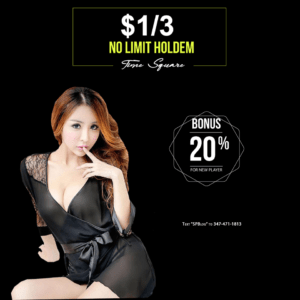 Joe McKeehen has won some of the largest prizes in the WSOP, bringing home around $13,900,000 for his poker prowess. This Pennsylvanian won the WSOP in 2015 and boasts of a math degree as well. In 2010, McKeehen won the championship for Risk World, and his very first title in poker was the Poker Stars Caribbean Adventure in 2012. He also has the distinction of winning the Circuit Event for the WSOP in New Jersey in 2013. In 2017, he won another bracelet for the world championship of Limit Hold’Em.

This 2014 WSOP winner from Sweden scooped up around $10,000,000 for his efforts, and although he is a professionally-trained chef, he decided to try his luck as a professional poker player – and it obviously paid off. By the year 2015, Jacobson had already amassed over $15 million in winnings and had the extra distinction of being awarded Player of the Year.

The 49th World Series of Poker will be held from the 29th of May to the 17th of July, and this much-talked-about event is offering 78 gold bracelets for players from around the world. The Main Event for this year’s WSOP is on the 2nd of July to the 14th of July.

A look at some favorites

While there are hundreds of players who participate in the WSOP, there are some sure favorites for winning. One of them is David Davenport, who took home the win at the Main Event of Horseshoe Council Bluffs, and another favorite is Maurice Hawkins, who has already won a gold ring a total of 10 times, along with Ryan Van Sanford, who has also won a gold ring twice. Ben Zamani is another favorite, especially since he won the Planet Hollywood Main Event.

The World Series of Poker is undoubtedly the event of all poker events, with some hefty prizes in store for those who are skilled enough to compete with the best of the best. The 2018 World Series of Poker is sure to have a lot of thrills for everyone – and thousands – even millions – of viewers will definitely be tuning in to see who defeats them all. 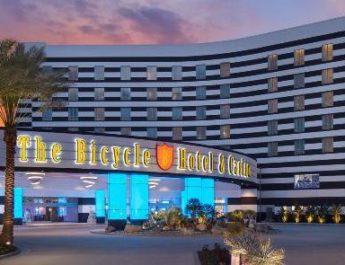 There Is Still Time To Join The Action In The 2017 CPPT Bicycle Hotel & Casino Main Event!