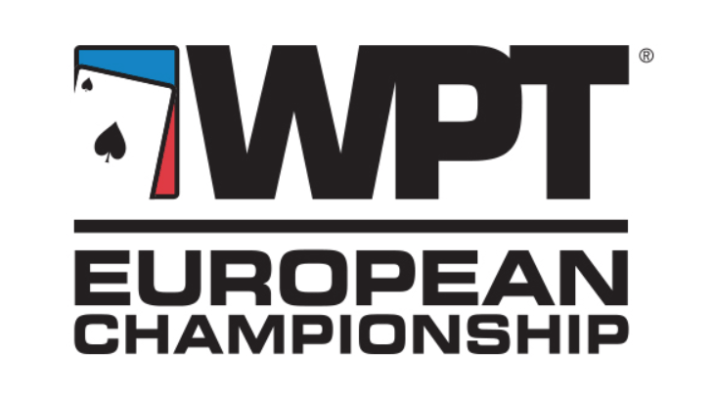 Headlining the series is the WPT European Championship €3,300 Main Event. This tournament boasts a €1 million guaranteed prize pool and runs January 10-15. There are two starting flights for the WPT European Championship Main Event, with registration and unlimited reentry open through the first nine levels. The event’s player-friendly structure will see competitors begin with 30,000 in tournament chips and play 60-minute levels.

Kicking off the WPT European Championship festivities in exciting fashion is WPTDeepStacks, poker’s premier mid-major tournament circuit. The WPTDeepStacks Berlin €1,500 Main Event runs January 5-8 and comes with a €500,000 guaranteed prize pool. This is the final event of WPTDeepStacks’ first full European season, and the culmination of the WPTDeepStacks European Player of the Year race that will award the winner with a €20,000 package to future WPTDeepStacks events.

The schedule also includes five satellite tournaments, providing the opportunity for players to win their way into both the WPT European Championship €3,300 Main Event and the WPTDeepStacks Berlin €1,500 Main Event. 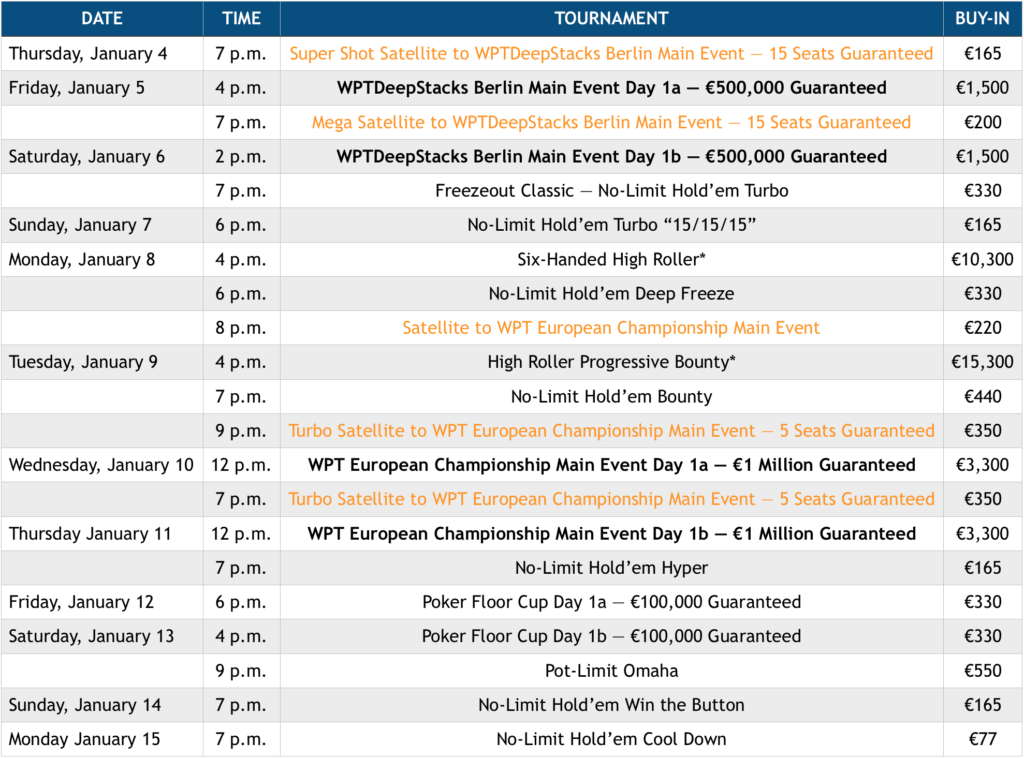 Players will have three great ways to win their way to the WPT European Championship, starting with qualifiers on ClubWPT.com.

ClubWPT is host to dedicated qualifiers for the WPT European Championship, where eligible members can play for over $100,000 in cash and prizes each month. No purchase is necessary for the ClubWPT.com sweepstakes and the service is void in states where prohibited. For full terms and conditions, go to ClubWPT.com.

Players can also win their way to the €500,000 guaranteed WPTDeepStacks Berlin with special qualifiers from 888poker. Now through December 24, 2017, 888poker.com will hold weekly qualifiers on Mondays and Thursdays for $109 and $160, respectively, with daily sub-satellites will be running for as low as one cent.

A third way for players to win their way to the WPT European Championship is through DraftKings, who began running daily fantasy qualifying contests on Sunday, November 12. Daily fantasy winners of the DraftKings qualifying contests will receive travel, accommodation, and entry into the WPT European Championship €3,300 Main Event, plus access to an exclusive player party and premier seating at the taping of the televised final table.

For more information, head to WPT.com.

About World Poker Tour
World Poker Tour (WPT) is the premier name in internationally televised gaming and entertainment with brand presence in land-based tournaments, television, online, and mobile. Leading innovation in the sport of poker since 2002, WPT ignited the global poker boom with the creation of a unique television show based on a series of high-stakes poker tournaments. WPT has broadcast globally in more than 150 countries and territories, and is currently producing its 16th season, which airs on FOX Sports Regional Networks in the United States. Season XVI of WPT is sponsored by ClubWPT.com and PlayWPT.com. ClubWPT.com is a unique online membership site that offers inside access to the WPT, as well as a sweepstakes-based poker club available in 35 states across the United States. PlayWPT.com is a social gaming platform offering free-to-play poker and slots with innovative features and state-of-the-art creative elements inspired by WPT’s 15 years of experience in gaming entertainment. WPT also participates in strategic brand license, partnership, and sponsorship opportunities. WPT Enterprises Inc. is a subsidiary of Ourgame International Holdings, Ltd. For more information, go to WPT.com. 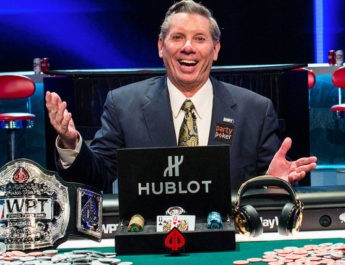 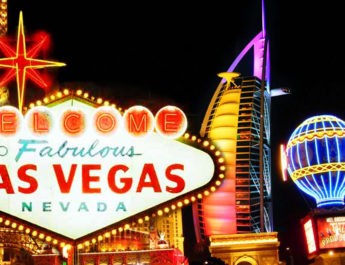