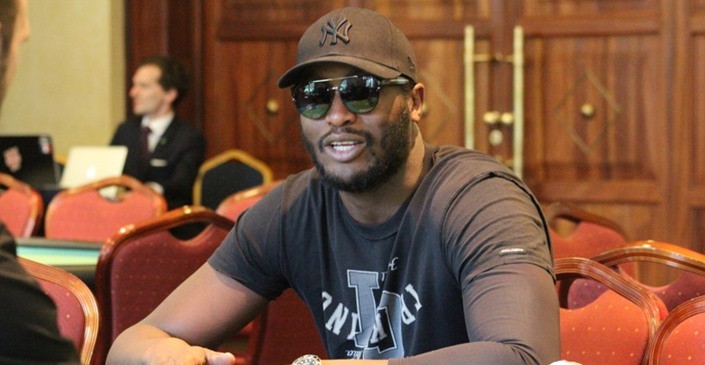 Day 5 of the first and, as it will turn out, final PokerStars Championship Prague Main Event is in the books, setting up the final table for Monday night. The six men will be led by Kalidou Sow, who was able to bypass Jason Wheeler and Days 3 & 4 chip leader Michal Mrakes to take over the chip lead.

15 men came back on Sunday afternoon to the Casino Atrium Prague to decide who would be the main contenders for the final PokerStars Championship. Mrakes was the chip leader at the start of the day, the only player over the four million mark with his 4.945 million in chips. For his part, Wheeler was sitting a bit back in the pack with his 2.4 million in chips and Sow was definitely looking at an uphill climb with his 640,000 in chips.

Mrakes, who basically could do no wrong over the past two days of the tournament, didn’t come out of the gates making his best decisions. He four-bet Aleksandr Mordvinov to 390K but, after Mordvinov made it known he was serious with a five-bet all in, Mrakes quickly dropped his hand. Mrakes then gave some chips to both Alex Foxen and Gabriele Lepore to drop down to 4.175 million, still in the lead but not as much as previous.

Sow began his march to the top by knocking out Serhil Popovych. Popovych moved all in from under the gun and Sow looked down to find gold. He immediately called Popovych’s bet and tabled pocket Aces, more than good enough to take on Popovych’s pocket Jacks, and the six-high board that rolled out kept Sow in the lead, knocked off Popovych in 14th place and set Sow up with 1.55 million chips.

Surprisingly, instead of staying away from each other, Sow and Mrakes knocked heads in a critical hand. After Sow opened the betting and Mrakes (button) and Robert Heidorn (big blind) made the call, a 6-4-3 flop brought checks out of the shorter stacks. Mrakes fired off a 150K bet and Sow called after Heidorn folded. On a deuce turn, Sow once again check-called a bet from Mrakes, this time for 250K. When a J♠ came on the river (putting three spades on the board), Sow suddenly woke up and led out for 650K in chips. Mrakes made the call and immediately regretted it as Sow showed the A♠ 7♠ for the rivered nut flush as Mrakes could only muck his hand and let the million-chip stack go over to Sow.

This wasn’t the last time the duo would clash. Sow raised Mrakes’ big blind and, on an A-K-J flop, Mrakes check-called another bet out of Sow. The same thing happened on the turn and river, with Mrakes check-calling bets of 235K and 575K out of Sow, creating another million-chip pot. Once again, Sow had the goods, showing a Q-10 for the flopped Broadway straight. Mrakes could only shake his head and send his cards to the muck and the chips again to Sow.

Mrakes would right the ship eventually, knocking off Heidorn in 11th place, as Wheeler took over the chip lead while Sow and Mrakes were fighting with each other. He picked up a hefty two million chip pot against Colin Robinson to smash the seven million chip mark and, after Sow took down Foxen to reach five million and bring the final nine men to the unofficial final table, looked to carry some momentum as the chip leader. Once the action began at that nine-handed table, however, Sow took control.

Sow would knock off Mordvinov (ninth), Valentyn Shabelnyk (eighth) and Matas Cimbolas (seventh) to end his Sunday of poker with a flourish. That flourish will also allow him to start the six-handed final table on Monday afternoon with the chip lead:

It looks as though the championship will be determined between Sow, Wheeler and Mrakes. Lepore, Robinson and Lodge need a great deal of help if they are going to make a run at the top and it may be a bit too much to ask for one of them to challenge for the title. Mrakes’ confidence took a bit of a hit on Sunday and Sow’s grew at the same time. The best bet to watch is Wheeler, who has been a steady, strong player throughout the tournament that has never been down the leaderboard too far.

The final table will resume play at 1PM Prague time (7AM Eastern Time) and the PokerStars Live! stream will pick up the action on delay one hour later. At the end of the rainbow for one of these six players will be the €775,000 and the final PokerStars Championship trophy ever. 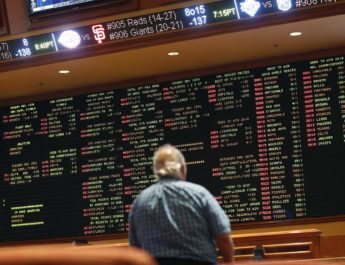 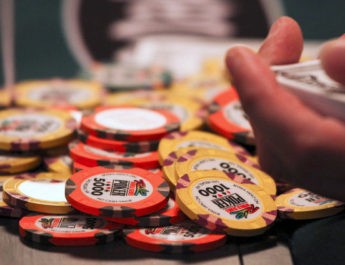