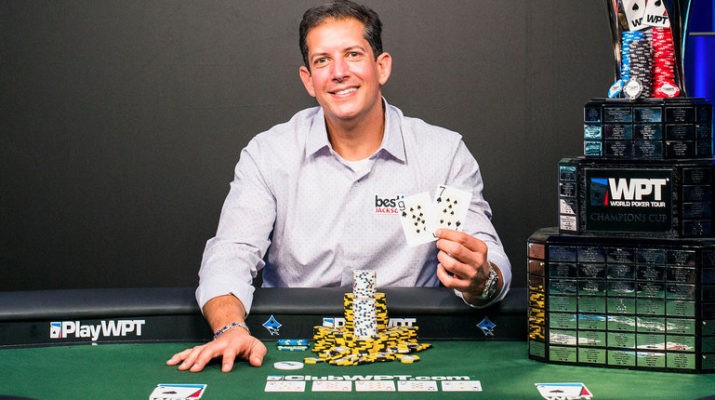 For 24 years Paul Petraglia has worked as a pilot, starting out at a commercial airline before becoming a corporate pilot. Despite decades spent miles above the ground, Petraglia’s spirits have likely never soared as high as they did on October 25, 2017: the day he defeated a field of 323 entries to win the World Poker Tour bestbet Bounty Scramble, capturing his first major poker tournament title and the top prize of $315,732. This was the seventh annual running of this exciting event, which this year featured a $1,000,000 guaranteed prize pool and a $5,000 buy-in and was once again held at bestbet Jacksonville in northeastern Florida.

Petraglia came into the final table in third chip position, and he had some very tough competition to deal with along the way to winning the title. Joining Petraglia among the final six were two poker pros who have found great success on the World Poker Tour in recent years. Three-time WPT champion Darren Elias came into the day as the chip leader and was looking to become the first player to ever win four titles on the tour, while defending champion of this event Sam Panzicalooked to join Elias as a three-time champion and become the first player in the tour’s history to ever win the same event twice, let alone in back-to-back years.

Both poker pros came incredibly close to realizing their record-breaking ambitions. Elias was ultimately eliminated in third place when his 7

failed to win a preflop race against Panzica’s A

. Panzica spiked an ace on the flop to send Elias to the rail with $135,548 and set up the final heads-up showdown.

Petraglia began heads-up play with roughly a 9-to-7 chip advantage. The two battled it out for 97 hands, with plenty of swings along the way. At one point Panzica overtook the lead and extended his advantage to roughly 5-to-1 before Petraglia began to mount a comeback.

Petraglia instantly called and revealed the 9

for flopped straight. Panzica was drawing live with the J

on the turn and the 2

on the river secured pot and the title for Petraglia. Panzica earned $210,783 as the runner-up, falling just short of his third WPTtitle. 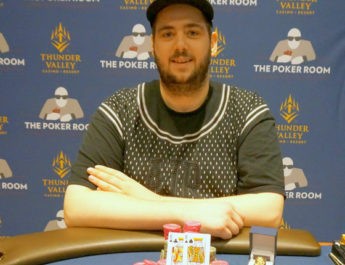 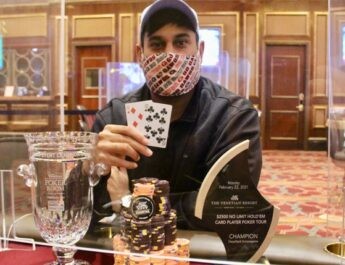 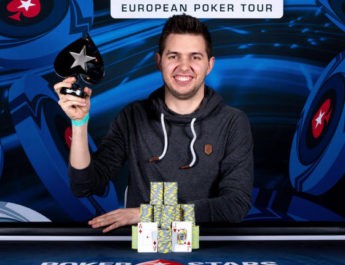