Alright, here’s the deal. I was not feeling well last night and ended up getting maybe an hour of sleep. By the time I gained a little energy, ran a couple errands that needed to be run, and greeted my kids at the school bus stop, the World Poker Tour Lucky Hearts Poker Open was already down to just eight players. I was going to write something about Monday’s action, but at that point it made no sense, so I just waited until now to say a little something about Tuesday. So there they are at the Seminole Hard Rock Hotel & Casino in Hollywood, Florida, down to six players and Aleksandr Shevelev in the chip lead with 6.960 million chips.

This is shaping up to be quite the competitive final table. Ness Reilly is close behind Shevelev with 6.295 million chips, while Darryll Fish isn’t far back with 5.920 million. The bottom three all have pretty solid stacks with which to work: Brett Bader (3.160 million), Alan Krockey (2.810 million), and Andy Frankenberger (2.170 million).

But it is Aleksandr Shevelev in the lead, the same position he was in heading into Day 4, though he is now 3 million chips richer (DISCLAIMER: tournament chips have no cash value). Two of Shevelev’s big moves came early in the day. In the first, Cong Pham and Shevelev got into a raising war pre-flop before Pham ended up all-in for 1.1 million chips. Shevelev had no trouble calling, holding K-K against Pham’s K-J. Pham was unable to get the minor miracle he needed and he was gone in 13th place. That took Shevelev’s chip stack up to about 5 million.

Just a few minutes later, he raised pre-flop to 85,000, Mario Prats Garcia called and Ness Reilly re-raised to 300,000. Shevelev made the call and Garcia folded to bring on a flop of T-7-5. Reilly bet 255,000 and Shevelev called. The turn was another Ten and this time Reilly check-called a 375,000 bet from Shevelev. Reilly again checked a King on the river and then Shevelev bet 550,000. After much thought and the expenditure of a time extension chip, Reilly folded to help Shevelev increase his chip count to just over 6 million.

It was a good thing he accumulated those chips because he ended up falling back under 5 million while Reilly surged ahead to take the lead. Shevelev was able to eliminated John Dolan in ninth place with Q-Q versus A-K, allowing him to get back over that 6 million chip mark. From there, he obviously added chips while Reilly gave a few back (she had gotten to over 8 million) and here we are.

The remaining six players are all guaranteed more than $100,000. They are all firmly aiming for the half million dollar first prize, though, as well as the honor of having their name engraved on the WPT Champions Cup. 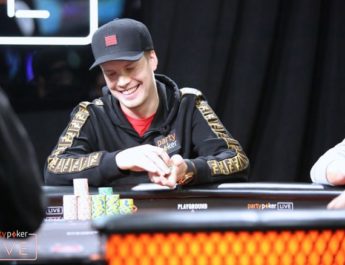 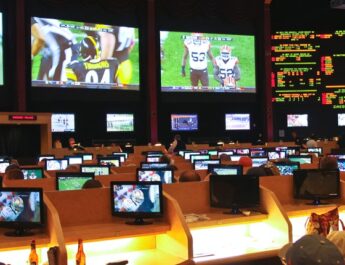