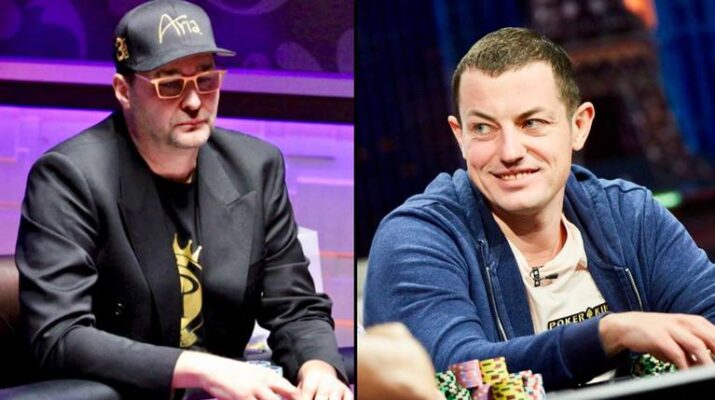 Sports broadcaster Nick Wright will not challenge Phil Hellmuth to a $100,000 rematch in the second round of High Stakes Duel <span class=”caps”>III</span>. With Wright declining a rematch, the vacancy became official, and it was filled by one of high-stakes poker’s most legendary players.

Wright, a co-host of “First Things First” on Fox Sports 1, tweeted last Friday that he would be officially sitting out of a possible second round rematch.

“I’m still not totally over the loss,” said Wright in the video he tweeted. “Because I feel like I blew it with some really poor play in the middle.”

“I can’t justify to my wonderful wife and kids laying out another $100,000 to take on one of the greatest players in the world,” Wright added. “Even though I really think I can beat him and I should’ve beat him.”

The 15-time <em>World Series of Poker</em> bracelet winner defeated Wright in the first round, extending his heads-up winning streak to seven after a three-match sweep of both Antonio Esfandiari and Daniel Negreanu in High Stakes Duel I and II. He is up $750,000 over the duration of the winning streak.

Per the rules of the show, Hellmuth must play another two matches before he can quit and pocket any profit.

PokerGO announced Tuesday morning that Hellmuth will battle Tom Dwan, known as ‘Durrrr’ in the nosebleed in the second round of High Stakes Duel <span class=”caps”>III</span>, where the duo will play a heads-up sit n’ go for $100,000.

If Hellmuth extends his current streak to eight with a win over Dwan, Dwan would have the opportunity to rematch Hellmuth for another match worth $200,000. If Hellmuth wins that match, he could leave and bank another $350,000 in profit.

If Dwan wins the first or possibly second battle with Hellmuth, he would be forced to play at least one more match against either Hellmuth, who would have the right to a rematch, or another challenger if Hellmuth decides to bow out.

In the scenario where Hellmuth wins the first match and Dwan takes the second, it would mark the first time that High Stakes Duel went into a fourth match, which would have a $400,000 buy-in.

Dwan made a name for himself in the poker world during the heyday of the poker boom rising up the ladder from small stakes online to the biggest games that were available. He became one of the regulars in the “Rail Heaven” games on Full Tilt Poker, a no-limit hold’em cash game with blinds of $500-$1,000.

Post-Black Friday, Dwan went on to play nosebleed stakes cash games in the live arena, traveling to Asia to play in some of world’s biggest games.

It’s a much different route than Hellmuth took to gain poker stardom, and outside of an infamous heads-up match in the 2008 National Heads-Up Poker Championship, the two haven’t clashed much.

Dwan got the best of Hellmuth during their battle in 2008 after he got all the chips in the middle preflop with 10-10 against Hellmuth’s A-A. Dwan drilled a two-outer on the turn to win the match and move on to the second round of the tournament.

Following the suckout, Hellmuth blew up and told Dwan how poorly he played.

“We’ll see if you’re around in five years,” said Hellmuth.

Dwan simply responded by taking a bunch of high-value casino chips out of his pockets and told Hellmuth that he could name his stakes and play heads-up.

Apparently, the stakes will be $100,000 and the match is scheduled to take place at the PokerGO studio on August 25 at 8 p.m. 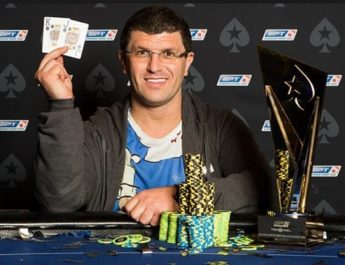