Australian Senator Pauline Hanson visited the Central Queensland region earlier today to reiterate the support of her One Nation party for the construction of a resort with a small boutique casinoon the Great Keppel Island.

She further noted that her party is ready to grant balance of power support in exchange fro a casino license for the resort scheme.

The hotel and casino proposal first emerged several years ago but gained little support from the Labor-led Queensland government. One Nation has so far been the only party to back the project. Sen. Hanson has pointed out on several occasions that a casino license for the developer behind the Great Keppel scheme would benefit not only the region but the state as a whole.

Sydney-based developer Tower Holdings wants to build a luxury complex on the island in a bid to attract foreign tourists from the Asia-Pacific region. The resort will include a 250-room hotel, 700 villas, 300 apartments, a golf course, a marina, an airstrip, and multiple entertainment facilities. Tower Holdings CEO Terry Agnew has previously said that a casino license would be instrumental for the success of the whole project as a boutique gambling venue with around 35 gaming tables would secure the necessary financing for the full realization of the scheme.

Mr. Agnew believes that they can commence construction on the resort within 12 months, if they are granted the necessary casino license.

Political Support for the Project

One Nation, the Labor Party, and the Liberal National Party are currently in the lookout for support from voters in the upcoming state election. Of all three parties, it was only One Nation to voice its support for the Great Keppel Island casino project.

Sen. Hanson, leader of the party, said that the development needs to go ahead as it would create more than 1,200 jobs in the area and will bring international tourists to the island. She further dwelt that the addition of a casino with gaming tables will be really important for the success of the whole resort as this would secure greater interest among visitors and produce more revenue for the region.

Earlier, the government of Queensland had approved the construction of a casino in Cairns and in the Gold Coast. Sen. Hanson said earlier today that one of the licenses should be transferred to Great Keppel Island and that her party does not support a second Gold Coast casino.

Gambling operator The Star Entertainment Group is currently renovating its Star Gold Coast resort on Broadbeach Island. Chinese-backed group of investors ASF Consortium was previously selected as the preferred developer of the region’s second casino resort, but the Queensland government rejected its proposal in August. However, state officials pointed out that the possibility for a second property of this type in the Gold Coast region is still open.

The Labor party and the LNP have not voiced support for the Great Keppel Island casino proposal yet, which means that the project’s future may be depending on the outcome of this month’s election. 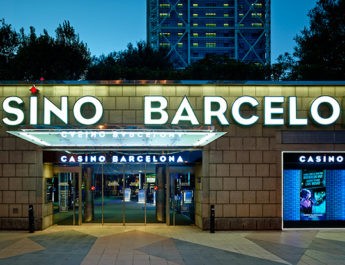