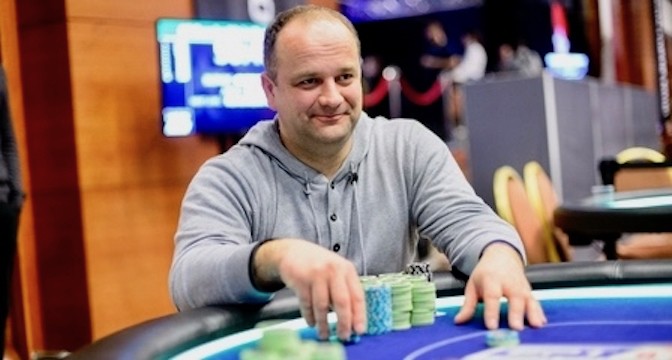 Vladas Burneikis is the latest player to capture a gold bracelet during the 2020 World Series of Poker Online. The Lithuanian beat out a field of 2,978 total entries to take down the $500 buy-in turbo deepstack no-limit hold’em event, earning $192,523 and his first bracelet. This is the largest recorded score for Burneikis, beating out the $94,667 he earned as the fourth-place finisher in the 2015 Eureka Poker Tour Prague €1,100 main event.

Despite the sizable field, this fast-paced tournament took just over six hours to complete. Burneikis held the chip lead by the time the final table was set, with 33.6 million of the roughly 120 million chips in play sitting in his stack with nine players remaining.

The first player to be eliminated at the final table was Jimmy Guerrero. He called all-in with pocket kings and was aheado of the A-3 offsuit of fellow Frenchman Pierre Merlin. Guerrero flopped a set of kings as well, but Merlin made the wheel by the river to earn the pot and the knockout. Guerrero earned $14,608 as the ninth-place finisher.

Burneikis notched his first bustout of the final table by winning a race with A-K against Guillaume Nolet’s pocket nines. Burneikis spiked an ace on the flop and held from there to extend his chip lead. Nolet cashed for $20,317. Mintues later he won another coinflip, with his K-J outrunning the pocket eighths of Zhewen Hu. Burneikis flopped top two pair and avoided an eight on the turn or river to send Hu to the rail with $28,258 for his seventh-place showing. The knockout spree continued when Burneikis shoved from the small blind holding 8Spade Suit6Spade Suit and Ezequiel Waigel called for his tournament life from the big blind with AHeart Suit10Heart Suit. Burneikis paired his eight on the flop to take the lead and never looked back. Waigel took home $39,301 as the sixth-place finisher.

Jeffrey Cormier also saw his run come to an end in this event as a result of a blind-on-blind confrontation. It folded to Merlin in the small blind and he moved all-in with ASpade SuitA[[suit:club]. Cormier called from the big blind with AHeart Suit10Heart Suit. He flopped a ten and picked up the nut flush draw on the turn, but a brick on the river locked up the pot for Merlin and Cormier was eliminated in fifth place ($54,660).

Brendan Sheehan was the next to fall. He got his extremely short stack in from the small blind with JSpade Suit2Heart Suit and was called by Burneikis with QHeart Suit4Diamond Suit. Burneikis made a pair of queens on the river to send Sheehan to the rail with $76,022 for his fourth-place showing.

Boris Kolev called off his last four or so big blinds with QHeart Suit9Spade Suit in the big blind. Merlin had shoved with KClub SuitJHeart Suit from the small blind. The board came down KHeart Suit10Spade Suit2Club Suit2Heart Suit3Club Suit and Kolev busted in third place ($105,732).

With that Burneikis entered heads-up play with around 69 million to Merlin’s 50 million. Burneikis was able to extend his lead until Merlin was left with just five big blinds. Those chips went in with 9Heart Suit8Heart Suit and Burneikis called holding QSpade SuitJDiamond Suit. The ADiamond Suit5Spade Suit5Diamond SuitQClub SuitQHeart Suit runout secured the pot and the title for Burneikis, while Merlin earned $147,052 as the runner-up finisher. 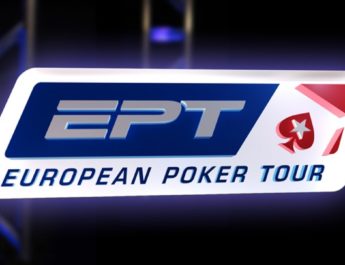 Akin Tuna is No Fish After Clinching EPT Prague Title