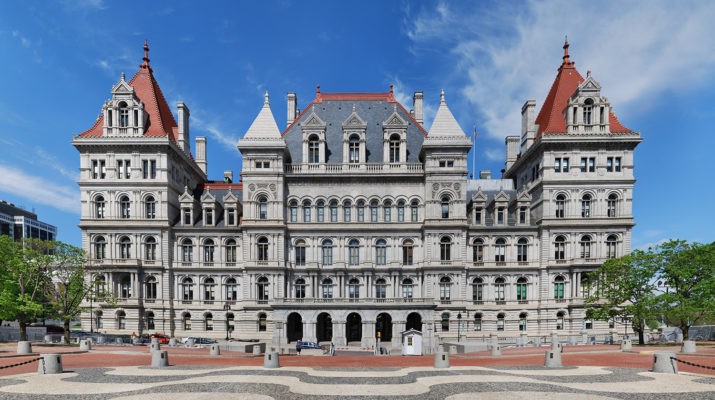 An online poker proposal that passed the New York Senate in June is back with lawmakers in the chamber for another try in 2018.

According to the New York Legislature’s website, the measure, S 3898, officially died in the Assembly on Jan. 3, 2018, and now sits with the Senate again. It’s back with the Senate Racing, Gaming and Wagering Committee.

There is a similar online poker bill in the Assembly, but it never got a vote after being introduced on Feb. 7, 2017. However, it’s back on the table as well, currently sitting with the Assembly’s Codes Committee. Either bill could be the vehicle for approving online poker.

The Empire State could be poised to finally pull the trigger on regulating state-sanctioned online poker sites thanks to neighboring Pennsylvania passing its own version of an online gambling billback in October. The Keystone State’s approval of internet betting was included in a larger gambling expansion package intended to bolster the state’s gambling industry, already the second-largest commercial casino market in the country.

It’s worth noting that Pennsylvania legalized a full slate of online betting, while New York is currently only flirting with traditional, peer-to-peer online poker games.

Another potential catalyst for New York online poker approval in 2018 is New Jersey’s decision to sign a deal to soon share its online poker players with Nevada and Delaware. Pennsylvania could join the trio, exposing some 26 million people to a single online poker market. New York, if it approves the activity and compacts with the aforementioned states, would add another 19.7 million people to the player pool. A market involving those five states would provide a massive boost to regulated online poker in America. New Jersey’s online poker revenue from Jan. 1, 2017 to Nov. 30, 2017 was $22.3 million, down 8.6 percent compared to the same period in 2016. The markets in Nevada and Delaware have also struggled to find growth. Online poker thrives on liquidity, and other states such as Rhode Island, West Virginia, Illinois, Michigan and Massachusetts have also taken notice with their respective online casino talks.

Another positive sign for online poker players in New York is that the state is on the final leg of its own brick-and-mortar casino expansion. The $1.2 billion Resorts World Catskills casino is expected to open for business in the second half of February, the last of the Las Vegas-style casinos that were approved for upstate regions in 2013. There has been talk that New York would not move on internet poker until all four of the new commercial casinos are open to gamblers.

New York officials found that residents were spending $1 billion each year at casinos in neighboring states, which prompted an expansion of gambling to keep the revenue and taxes within Empire State borders. In addition to the new commercial casinos, New York has a handful of racinos and 11 tribal casinos. There are more than 100 live poker tables in the state spread between the tribal and commercial casinos.