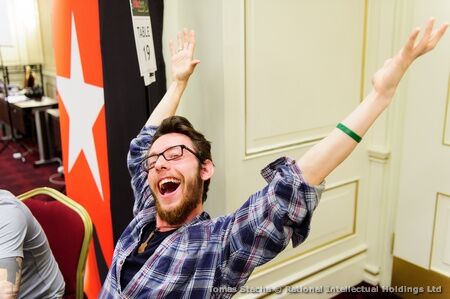 The day has flown by here in Bucharest. Just a few short hours ago play started with 326 runners, all with hopes of claiming a chunk of the €706,560 prize pool. And then, just like that – 112 remained as we reached the money bubble.

You can never really tell when the bubble is going to burst in these things. It could happen in the blink of an eye, it could happen shortly into hand-for-hand or it could take absolutely bloomin’ ages. This time around, it took just half a dozen hands before it went down.

And here’s how it happened:

It looked like it might be a quick burst, as an “all-in” and “call” was announced during the very first hand-for-hand. It came when a short-stack shoved his remaining 47,000 in late position holding 4♠4♣. The player in the cut-off re-isolated before flipping over to A♥J♣ and action going to the flop. Unbelievably, the short-stacked player managed to dodge the world as the board of Q♥9♥Q♦7♦6♣ ran clean to double him up.

The second all-in and call was a rather uneventful case of A♥K♣ against A♠K♠. The player at risk had the advantage though with his suited combo. But it was a rainbow board that included both the A♣ and the K♥, so the pot was chopped and action continued.

And then came the moment the remaining players had been waiting for:

Now the remaining field will all claim a share of the €706,560 prize pool – the full payouts and results can be found here.

But it’s not all about the Main Event here – there’s plenty of side action taking place that’s proving a hit with locals and visitors alike:

Day 1A of the Bucharest Cup kicked-off in the poker room this afternoon at the JW Marriott – and it’s a sell-out. All 140 seats of the €330 buy-in were filled before the tournament even began today. But if you’re here and wanting to play – don’t worry, there’s still a chance! Seats are still available for Day 1B, which will be starting at 2pm tomorrow (Saturday 5th).

The High Roller is also due to start shortly – and a few big names are expected to be among the field. We know for sure that the man of the hour Chris Moneymaker will be in – after all, he is in Romania and when in Romania, you gotta do as the Romanian’s do, right?

So, with all this excitement in store stay tuned for more updates as we whittle the remaining field down to the final table in the Main, kick off the High Roller and bring you the latest on all the side action. 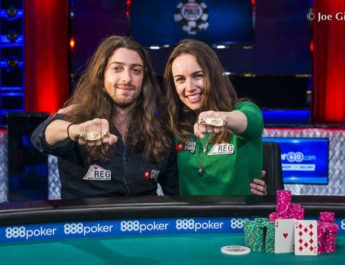